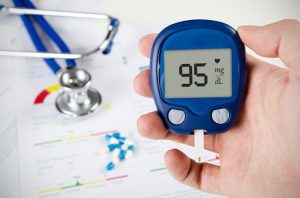 Associate professor Pam Hinton, Ph.D., said, “Researchers once thought obesity was protective of bone because with more body mass, individuals have more bone mass; more bone mass typically decreases risk of osteoporosis and associated fractures. What we’ve come to realize is that the bone of people with obesity and type 2 diabetes isn’t good, quality bone. These individuals have an increased risk of fractures, so that extra body weight isn’t protective.”

The research team examined how obesity and type 2 diabetes affected bone structure, formation and strength over time. The researchers studied the bones of rats that were predisposed to overeating, causing obesity and insulin resistance.

Half the rats were allowed to overeat and voluntarily exercise, while the other half were left to overeat and live a sedentary lifestyle. There was also a control group that did not overeat but were sedentary. The bones of the rats in all groups were studied at different ages to determine how early in the development of obesity and diabetes does bone health begin to change.

“Once we can identify why bones in individuals with obesity and type 2 diabetes are weaker and how they become weaker, we can start developing more treatments through lifestyle and behavioral changes,” Dr. Hinton concluded.