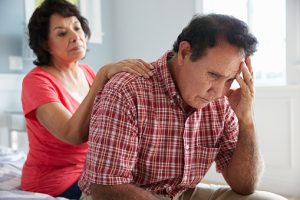 Diabetes, epilepsy, and asthma may increase the risk of suicide and self-harm. For the study, the researchers compared different psychiatric and physical disorders in England. Along with diabetes, epilepsy, and asthma, other physical illnesses associated with a higher risk of suicide and self-harm included migraine, psoriasis, eczema, and inflammatory polyarthropathies.

Authors Dr. Arvind Singhal and Dr. Jack Ross said, “It is important for physicians, general practitioners, and mental health workers to be aware of the physical disorders that are associated with an increased risk of self-harm so that at-risk individuals may be better identified and can be monitored for any psychiatric symptoms and mental distress.”

Risk factors for suicide in diabetes and epilepsy patients

Diabetes and epilepsy are chronic conditions that often cause a great deal of stress, which could increase the risk of suicide and self-harm as people may not be able to live with either condition.

Other risk factors associated with suicide in diabetes and epilepsy include unemployment, childhood traumas, social isolation, family conflict, and personality traits like aggression, impulsivity, or shame. Diabetics specifically have a higher risk of committing suicide when their condition contributes to other health complications like blindness or an amputation leading to a lack of independence.

If you are a caregiver, it’s important to be aware of these risk factors while also paying attention to any signs indicating that a person may be contemplating suicide. Warning signs of suicide include:

Tips for preventing suicide and self-harm

Here are some tips that caregivers can utilize in order to help prevent suicide.

By following these tips and getting support from others, you as a caregiver may be able to reduce the risk of suicide more effectively.