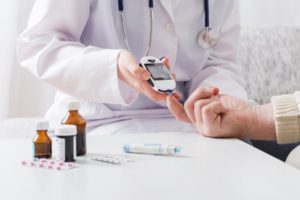 Lead author of the study Dr. Matthew O’Brien explained, “People should know if the medications they’re taking to treat their diabetes could lead to serious cardiovascular harm. This calls for a paradigm shift in the treat of type 2 diabetes.”

The two drugs identified were sulfonylureas and basal insulin. These drugs are commonly prescribed after a patient has used metformin but was unsuccessful.

The first study looked at how six major second-line medications affected the heart of type 2 diabetics.

Basal insulin is a slow releasing insulin. Other insulins are fast acting and intended to be taken prior to a meal, whereas basal insulin is released throughout the course of a day.

O’Brien added, “According to our findings, we only have to prescribe basal insulin to 37 people over two years to observe one cardiovascular event, such as a heart attack, stroke, heart failure or amputation. For sulfonylureas, that number was a bit higher—103 people. But when you apply these numbers to 30 million Americans with diabetes, this has staggering implications for how we may be harming many patients.”

The authors suggest that doctors should opt for other classes of second-line medications in order to reduce the risk of heart disease and cardiovascular events from occurring. These alternatives include GLP-1 agonists, SGLT inhibitors, or DPP-4 inhibitors. Unfortunately, many of these alternatives are more expensive than sulfonylureas or basal insulin, which is what makes them a more commonly prescribed option.

O’Brien concluded, “This should force providers to think about cardiovascular effects of these drugs early in the course of diabetes treatment, and shift prescribing patterns to newer drugs that have more favorable cardiovascular profiles.”