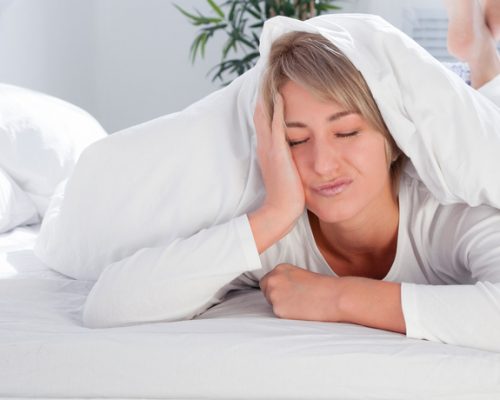 Sleep is an important aspect of health, and you probably know this. This is why you’re so frustrated each night when you’re left tossing and turning instead of enjoying a restful night’s sleep. Lack of sleep doesn’t just leave you tired the next day, it can actually take a serious toll on many aspects of your health.

Take a look at these detrimental effects of poor sleep, and why you should try to improve the quality of yours right away.

Skin problems: Lack of sleep will show up on your face, and it’s not just about puffy eyes. The longer you go without proper sleep, the more permanent the changes are. Studies have shown that lack of sleep can speed up the appearance of aging, so even if you feel young you’ll look much older.

Poor sex drive: If your libido has taken a hit, don’t blame aging – blame your poor sleep. Lack of sleep can reduce your libido, and if you’re a male you should know that poor sleep results in decreased production of testosterone.

Hair loss: Poor sleep quality can take a toll on your hair, contributing to thinning and even baldness.

Weight gain: Sure, losing weight is harder as you age, but it becomes a real challenge if you’re not sleeping. Sleeping helps control important hormones that trigger hunger, and when you don’t sleep, you end up constantly craving for food as a result of hormone misbalance.
Memory problems: Poor sleep can impact your memory, so if you’re worried you’re developing early dementia, try to get more sleep first. Sleep deprivation can drastically impair your memory, and so if you’re becoming forgetful, get some quality shuteye.

Loss of muscle mass: Despite working out, you may not be making any muscle gains if you’re not sleeping. Without REM sleep, you can’t increase muscle mass, so it doesn’t matter how many hours you’re spending at the gym, those efforts are going to waste.

Chronic health conditions: If the above six weren’t bad enough, numerous studies have tied sleep deprivation to diabetes, heart disease, stroke, and even early death. If this doesn’t send the message home prompting you to get some sleep, then we don’t know what does.

Speak to your doctor about any concerns you have about your sleep. It can be improved with lifestyle changes and even medical interventions if all else fails. Go for a sleep test to see what’s going on and figure out which route to take to start sleeping well again.

Too much sleeping and sitting are bad for health

Sleep problems? Why napping is good for your health