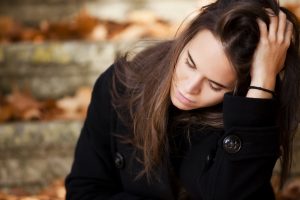 Researchers have found that depression symptoms do not vary between the changes of seasons. Senior author, Steven LoBello, said, “In conversations with colleagues, the belief in the association of seasonal changes with depression is more-or-less taken as a given and the same belief is widespread in our culture. We analyzed the data from many angles and found that the prevalence of depression is very stable across different latitudes, seasons of the year, and sunlight exposures.”

The findings came about when investigating seasonal affective disorder (SAD) – a form of depression which typically occurs in the winter months. In order to be diagnosed with SAD a patient must first meet the criteria for depression as well as experience reoccurring episodes which coincide with a specific season – with SAD it is fall/winter. These depressive symptoms must also alleviate by spring and summer.

There is much research which suggests that the criterion for SAD does not typically align with a diagnosis of major depression and doctors typically ask patients to recall their history with depression which may be unreliable.
The researchers examined data from 34,294 participants ranging in age and depressive symptoms were measured with PHQ-8 which asked the participants how many days in the previous two weeks they experienced depressive symptoms.

The researchers concluded, “The findings cast doubt on major depression with seasonal variation as a legitimate psychiatric disorder.”

LoBello added, “Mental health professionals who treat people with depression should be concerned about their own and their patients’ accurate conceptions about the possible causes of depression. Pursuit of treatments based on false causes is unlikely to lead to rapid and durable recoveries.”