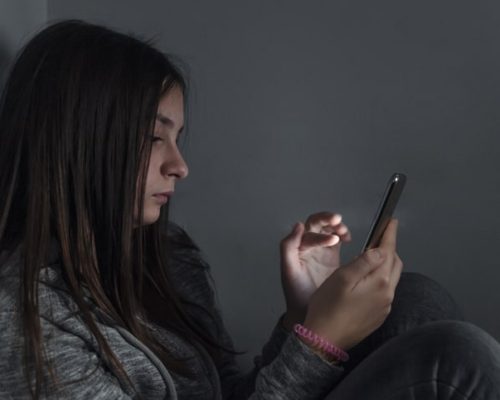 In our current technological climate, “there is an app for that” has become a common turn of phrase, so it might not surprise you that the new trend sweeping the electronic sphere is internet-based therapy apps.

What might come as a shock, however, is that research shows these apps can actually be effective in reducing symptoms of depression. To save you the time of having to read all the published work yourself, a team of scientists performed an analytic review of 21 studies, all claiming that therapy apps work.

This is the first study to review whether the success of the apps was inflated by the exclusion of participants with more severe forms of depression or co-diagnoses of alcohol abuse or anxiety. “Before this study, I thought past studies were probably focused on people with very mild depression, those who did not have other mental health problems, and were at low risk for suicide,” said study leader Lorenzo Lorenzo-Luaces. “To my surprise, that was not the case. The science suggests that these apps and platforms can help a large number of people.” The study also found that the people that can be helped include those with mild, moderate, and severe forms of depression.

Depression is considered a major public health issue in North America, one whose growing population of patients are quickly outnumbering the healthcare providers who can help them. In short, psychologists and psychiatrists cannot graduate fast enough to treat the epidemic of mental health patients that exist in the world.

“Close to one in four people meet the criteria for major depressive disorder,” said Lorenzo-Luaces. “If you include people with minor depression or who have been depressed for a week or a month with a few symptoms, the number grows, exceeding the number of psychologists who can serve them.”

Depression Is Expensive for Healthcare Systems

Internet-based therapy apps are one way to mitigate this issue. Not only do they bring therapeutic solutions to patients with mobility issues and those in rural areas, without access to mental healthcare practitioners, but they also offer potential interventions to those who cannot find a psychologist accepting patients in their area when they need it most.

Another benefit of these apps, according to the researchers behind the current meta-analysis, is that they can save healthcare systems money. Their research shows that people with depression require more treatment, have more medical problems, and visit their doctor more frequently than the average patient.

While these apps may work well for a short check-in, Lorenzo-Luaces cautions users not to dump out their depression medications just yet. Often with mental illness, a combination of treatments is the best approach, meaning that the app can replace some in-person therapy appointments, but it should be used in conjunction with any previously prescribed meds and face-to-face meetings with a psychologist. If you think an internet-based therapy app might be a solution for you, talk to your doctor or therapist about it at your next appointment.