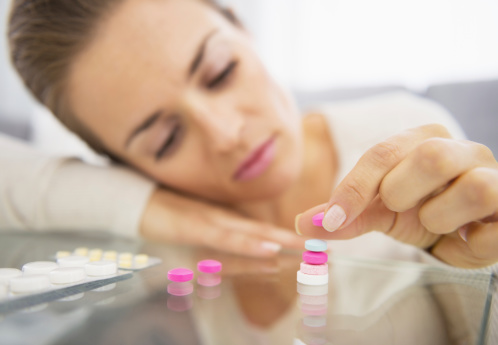 A recent study conducted by researchers at the Saint Louis University, reveals that while opioids help elevate moods in the short term, prolonged usage could lead to new-onset depression. The study is published online in the Jan 11 edition of Annals of Family Medicine, under the heading “Prescription Opioid Duration, Dose, and Increased Risk of Depression in 3 Large Patient Populations.”

For the study, a team of researchers, led by Jeffrey Scherrer, Ph.D., associate professor for family and community medicine at Saint Louis University, collected data of 107,755 patients between 2000 and 2012.

All the patients were new opioid users, ages 18 to 80, and none of them had a history of depression when they started off on the opioid medication. The opioid drugs used by the patients included codeine, oxycodone, hydrocodone, morphine, oxymorphone, hydromorphone, levorphanol, meperidine, fentanyl, and pentazocine.

It is important for clinicians to note that the link is independent of the known contribution of pain to depression. It’s equally important to note that opioid-related new onset of depression is associated with longer duration of use, but not dose.

The team explains that using opioids for more than 30 days leads to changes in anatomy of the nervous system, causes a drop in testosterone levels, and also lead to other possible biological changes.

According to Dr. Scherrer, patients and practitioners should be aware that opioid analgesic use of longer than 30 days imposes risk of new-onset depression.”

Though the study is limited by small sample sizes, lack of control groups, and limited follow up times, there is enough evidence in the study for the team to vote against opioids as an effective long-term treatment for depression.