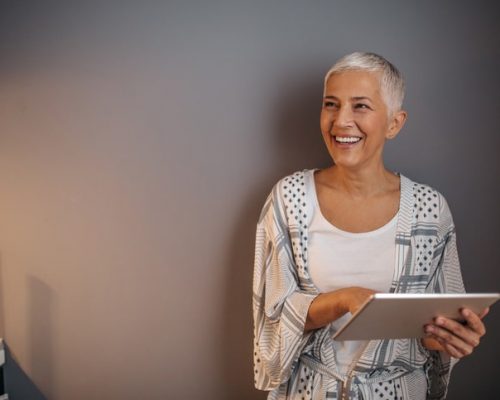 Depression can come on completely out of the blue for some of us and for others, it has a more direct link to what’s going on in our lives at that time. Many elderly patients who are experiencing severe pain are also diagnosed with depression. This can be caused by several factors, including mobility issues as a result of the pain, which can lead to a diminishing of independence for the patient and a lower quality of life.

A group of researchers in the United States became interested in the conditions surrounding the development of depression in accordance with severe pain and performed a study to determine if increased social interaction through the internet may improve these symptoms. There is a large base of research evidence that shows that social interaction can improve both depression and physical symptoms a patient might be experiencing. The research team behind this study also used data gathered from annual surveys, which states that while the majority of elderly people engage in at least three social activities per month, only 17 percent use social media networks to connect via the internet, to determine the basis for their study.

The results of the study showed that depression rates decreased in the group incorporating social media into their lives. Only 6 percent of these participants reported feelings of depression, compared to 15 percent in the control group.

“Using online social media to maintain contact with family members and friends is a good way to compensate for seniors who restrict their social activities due to pain. It is not going to replace seeing people in person, but it will help supplement their reduced activities,” said study co-author Shannon Ang. “For us, this study is about preserving mental health.”

One of the weaknesses of this study is that information on which social platforms were used and how the participants were instructed to use them were not provided. According to the researchers, these details will be muddled through in future studied, which will focus on the best recommendations for the type of social media and length of time for which it should be used.

For now, those who enjoy being social and seeing what others are up to may find social media to be a blessing if their social interactions have become limited in their elderly years.