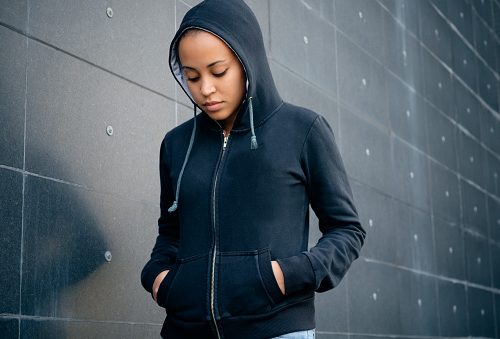 A new study has found increased cannabis use in teens who suffered from chronic or high-grade depression previously.

The study and awareness of mental health issues has risen exponentially over the last two decades, especially in children and young adults. With this new awareness comes the knowledge that mental health can have an incredible impact on the course of one’s life. We must consider, then, to what extent these psychological ailments can define the outcome of a child’s life.

The past two decades have also seen the use of cannabis rise in popularity. Alcohol and cannabis are the two substances most commonly used by young people in the United States. In the past decade alone, marijuana use has risen above tobacco use by teens.

New research from the University of Washington School of Medicine (UW) is one of the first studies to look at the development of cannabis use disorder in relation to cumulative depression. Previous research has often linked cannabis use disorder with depression in teens, but only when looking at their depression from a single point in time. The scientists at UW sought to clarify some of these previous findings through their longitudinal study.

The study consisted of 521 middle school students from four Seattle public schools. The researchers did annual assessments with the participants between the ages of 12 and 15 and then one final assessment at the age of 18.

Link found between chronic depression and cannabis use

The results of the study found that youths with chronic or severe depression were at a higher risk of developing problematic cannabis use later on. The data they saw from their research was surprisingly higher than the nationally estimated levels. A total of 21 percent of the participants met the criteria for cannabis use disorder and another 20 percent met the criteria for alcohol use disorder. These statistics come from the final assessments done when the participants were 18 years old.
Researchers did say that it is possible there are other reasons for the higher statistics found in this study than others. Washington was one of the first states to have legalized medical marijuana use, way back in 1998. It is possible that easier access to the substance is a factor in the results of this study. Marijuana use is also one of the lowest priorities for law enforcement in the city of Seattle, meaning teens could be less concerned about the risks associated with being caught in possession of the substance.

The scientists behind this study say they would be interested in seeing how the same study fares when done in a state with much stricter laws on marijuana. The results of this study are not 100 percent conclusive when it comes to the link between chronic depression in youth and cannabis use disorder later on. However, they are not the first to find the association as a result of similar studies done in the past. Further research will be necessary to determine all factors at play when it comes to developing cannabis use disorder.