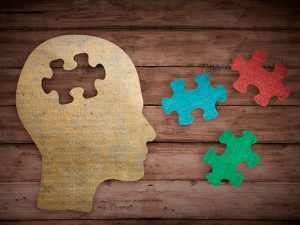 New research from Tohoku University shows that depression and cognitive ability can be improved in the elderly through the use of speed training. Researchers from the university have developed a tablet PC based processing speed training game (PSTG) that targets processing speed and inhibition among seniors. When played regularly, the game has been shown to improve symptoms of depression while also improving cognitive skills.

The effects of playing the game were tested by a research team headed by Dr. Rui Nouchi and Ryuta Kawashima, who conducted a randomized control study of 72 adults between the ages of 60 and 75. Each participant was randomly assigned to a group that was to play either a processing speed training game or a knowledge quiz training game. Each group was instructed to play their game for 15 minutes a day, for a minimum of five days a week over the course of four weeks. The cognitive functions and emotional state of each participant was evaluated before the start of the study, and reevaluated at the end of the four weeks.

The results showed a decrease in depressive mood—as well as improvements in processing speeds and inhibitions—among participants who played the process speed training game in comparison to the participants who played the knowledge quiz training game. In regards to the results, Dr. Nouchi explained, “Our results extended previous findings demonstrating that short-term processing speed training has positive effects on the cognitive functions of elderly people.” Over time, cognitive function declines and can lead to higher stress levels and more depressive moods in the elderly, making the need for cognitive training especially great.
This raises questions about the potential benefits of cognitive training for the rest of the population. Cognitive decline isn’t just a concern for our grandparents, and for some people, the effects can begin as early as your 20s or 30s. Perceptual speed begins to slow, making the ability for us to quickly and correctly respond to stimuli become slower. It is important to find ways to keep your brain stimulated and functioning correctly, and if brain training proves to be as effective for other age groups as it has been for seniors, then there may be a chance to delay the effects of cognitive decline in all age groups.

Related: Depression and chronic fatigue syndrome: How are they linked?