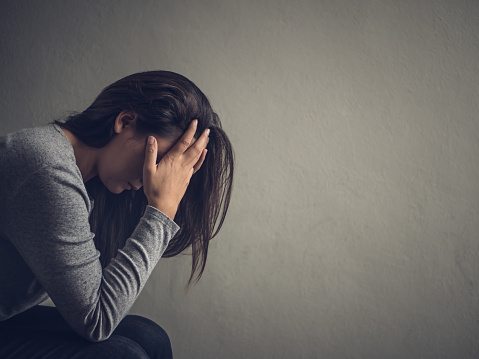 Depression, if untreated, can persist and progress over time, eventually leading to an increase in brain inflammation. The new study that made this claim was carried out at the Centre for Addiction and Mental Health (CAMH), where researchers studied the brain scans of patients suffering from depression.

Brain cells known as microglia get inflamed as a response to injury, trauma, degenerative illnesses, and even depression. This occurs when they get activated and release a translocator protein (TPSO), which is considered to be an inflammation marker. This is visible on a brain scan called positron emission tomography (PET). Therefore, doctors use PET technology to find out the extent of brain inflammation.

The Link between Depression and Brain Inflammation

Previously, Dr. Jeff Meyer and his team found evidence of brain inflammation in patients suffering from clinical depression. In order to understand the link better, in a more recent study, they compared the brain images of people who suffered from depression with those of healthy volunteers to confirm whether depression altered the brain and caused inflammation.

The Subjects of Study (the Volunteers)

Researchers used positron emission tomography (PET) to study the brains of 80 volunteers whose age ranged from 18 to 75 years. While some of them were diagnosed with clinical depression or had depressive episodes, others were mentally healthy. The volunteers were divided into three categories as described below:

Researchers studied areas of the brain that contained grey matter. These included the insula, prefrontal cortex, and the anterior cingulate cortex. They compared the PET scans of volunteers of the three groups and found that those suffering from depression for over 10 years had 30 percent higher TPSO levels in the different regions of the brain compared with those who had experienced shorter periods of untreated depression and those who did not suffer from depression. This indicates that those who have long-standing untreated depression have more brain inflammation.

Inferences and Significance of the Study

The study has provided concrete biological evidence that confirms the effect of persistent depression on the brain—inflammation.

Dr. Meyer explained that greater inflammation is also a response to a progressive degenerative brain disease, similar to Alzheimer’s disease or Parkinson’s disease. Therefore, depression could be progressive and symptoms can worsen over time. This would eventually make it difficult for the person suffering from depression to continue working or carry on daily routine activities.

The findings could alter the clinical approach to treating depression. Medications used to control brain inflammation to prevent or delay the progression of other degenerative brain diseases could now be adapted to treat major depressive disorder and prevent the progression of depression.

How to treat catatonic depression? Symptoms and causes