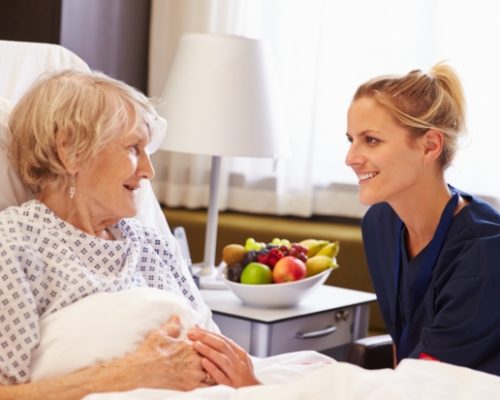 Delirium after cardiac surgery is linked to prolonged loss of cognitive function. The findings of the study suggest that interventions to prevent delirium in advance of surgery could help cardiac patients avoid long-term cognitive consequences.

Co-lead author Jane Saczynski explained, “Our findings now suggest that postoperative delirium, once thought of as an acute, transient cognitive disorder, may have longer-term effects on cognitive function in patients undergoing cardiac surgery.”

The authors wrote, “With the aging of the patient population undergoing cardiac surgery and increases in survival after surgery, clinicians and patients are increasingly concerned with factors associated with quality of life, including cognitive status, as major outcomes of surgery. Whether postoperative delirium is associated with prolonged cognitive dysfunction has been unclear.”

Co-lead author Edward Marcantonio added, “One of the real strengths of our study is that we assessed patients’ cognitive function preoperatively and an average of five times during the year after surgery. Previous research had shown an association between postoperative delirium and functional decline in activities of daily living [such as grooming and dressing, driving, shopping, preparing meals, and managing medications and finances.] But, believe it or not, the one thing that’s been most uncertain is the association between delirium and long-term cognitive difficulties. This study allowed us to accurately model the course of cognitive function and to compare the rate of recovery among patients with and without postoperative delirium.”

The findings suggest that identifying patients who are at a higher risk of developing post-surgery delirium could help develop and implement preventative interventions.

Marcantonio concluded, “More than half a million heart surgeries are performed each year. Our findings provide important information that might help doctors design interventions to improve the outcomes of older adults undergoing cardiac surgeries.”

Seniors who engage in leisure activities are less likely to experience delirium after certain surgeries, according to an alternative study. It has often been studied that the more you ‘exercise’ your brain the stronger it becomes, similar to exercising any other muscle in your body. This prompted researchers to investigate whether leisure activity could help reduce post-surgery dementia risk.

The researchers looked at 142 older adults all scheduled for a surgery. Of the group, 32 percent developed post-surgery delirium. The researchers found that those who developed delirium spent less time performing leisure activities such as reading books or newspapers, knitting, emailing, playing cards or other games, working on crossword puzzles, or participating in group meetings.