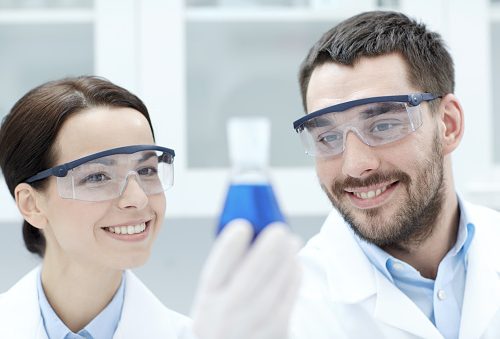 When asked what the deadliest animal in the world is, you would not immediately think of the mosquito, but it is. While these tiny insects may not seem very dangerous, it is not their size that makes them deadly, but the disease they carry. Malaria is one of many mosquito-borne diseases affecting humans and is caused by a parasite. In 2015, an estimated 438,000 deaths were attributed to the disease that infects millions every year. However, some of the most talented researchers and scientists have created a drug from the malaria parasite to help treat another deadly disease, bladder cancer.

Bladder cancer is the fifth most common cancer and typically affects older adults, but cases have been known to occur at any age. While an early diagnosis of the cancer is considered highly treatable, it had a high likelihood of reoccurring later in life. The reason behind its occurrence is not known but is believed to be linked to smoking, increased age, or just being a white male. Currently, there is only one line of therapy used for invasive bladder cancer, with only a few advancements made in the last 20 years. The following are some signs and symptoms of the cancer:

Unfortunately, some forms of bladder cancer growth have become resistant to chemotherapy treatment, and in a twist of ingenuity, some of the smartest minds have created a drug from a malaria protein to target chemo-resistant bladder cancer.
“This is the first study where we put the concept of using malaria proteins for cancer therapy into a direct clinical context,” said Mads Daugaard, an assistant professor of urologic science at the University of British Columbia and a senior research scientist at the Vancouver Prostate Centre and the Vancouver Coastal Health Research Institute. “There is a massive clinical need to find new treatments for bladder cancer and we saw an opportunity to target this disease with our new malaria drug.”

Researchers used mice implanted with chemo-resistant bladder cancer and tested to see if the malaria protein could deliver drugs directly to the tumor. They found that 80 percent of the treated mice lived past 70 days, whereas the other remaining mice, in three different control groups, had died due to the cancer. Truly an amazing outcome for this malaria drug combo.

This marks a great advancement in the field of bladder cancer treatment where previously only one avenue of therapy was available. The researchers are currently designing much larger scale clinical trials and hope this will be available for use in humans in the near future.

Eat this vegetable to help your bladder