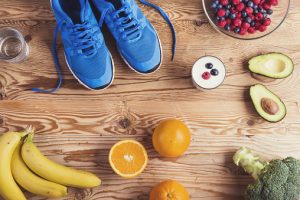 Depression is common among elderly people, but a new study shows that its risk can be lowered by following the DASH diet.

Depression is a state of mind in which the person persistently feels hopeless, sad, and irritable, and may lose interest in activities that were otherwise pleasurable to them. It could also lead to difficulty sleeping, and in extreme cases, it can also lead to suicidal thoughts.

While elderly people with memory problems often suffer from depression, risk factors other than age include:

What Is the DASH Diet?

DASH stands for Dietary Approaches to Stop Hypertension. The DASH diet was formulated to reduce the risk of high blood pressure and heart disease risk. It includes the consumption of low-fat foods including low-fat dairy products, fruits, vegetables, and whole grains. It also puts limits on the number of saturated fats and sugar one should eat. Such foods have been found to not only lower blood pressure but also lower LDL or bad cholesterol.

The Link between DASH Diet and Depression

The link between diet and risk of depression was established by a study carried out on 964 participants who were, on average, 81 years of age. Researchers collected data on their diet and eating habits through a questionnaire and monitored them for symptoms of depression for a period of six and a half years.


The study helped researchers identify an association between the diet of a person and the risk of depression. However, additional research is needed to establish the link between the nutritional value of the DASH diet, depression, and brain health.

Why is the DASH diet important today?

Over 16 million American adults suffer from depression, which has become one of the most common mental health problems among the population. The new study has provided evidence that depression is preventable by eating a healthy diet rich in fiber, vitamins, and minerals.

The DASH diet not only helps to reduce the risk of hypertension, heart disease, and stroke, it also helps in managing depression. Dr. Laurel Cherian, the author of the study and researcher at Rush University Medical Center in Chicago, believes that this lifestyle change is better than medication as it’s a preventative treatment.

Related: Kidney stone risk may be reduced with a DASH diet plan

This is the best diet for your liver and blood pressure