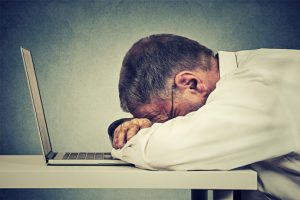 The third leading cause of cancer death in American men (after lung and colorectal cancers), prostate cancer kills about one out of 39 men. Although it’s a serious condition that can lead to death, most patients do not die from it. There are over 2.9 million patients in the U.S. who are still alive today despite having been diagnosed with it some time in their life.

While it’s not an age-related disease per se, prostate cancer primarily occurs in older men. Patients are about 66 years old on average at the time of diagnosis, and the condition rarely develops before the age of 40. Thus, age is the first risk factor for prostate cancer development cited, followed by race and family history of the disease. Exposure to Agent Orange, a herbicide that was actively used during Vietnam War, as well as genetic mutations, also increase one’s chances of developing this type of cancer.

And now another contributing factor has been uncovered—but unlike the mentioned ones, this one is well within your reach to manage and control.

Shorter sleep raises the risk of death from prostate cancer

According to a recent study presented at the annual meeting of the American Association for Cancer Research in Washington, D.C., men under 65 years old who get less than seven hours of sleep at night are more likely to die of prostate cancer. (Is your pee playing a trick on you?)

This conclusion is based on analysis of data from two long-term cohort studies. One study, Cancer Prevention Study-I (CPS-I) monitored the health of 407,649 men between 1950 and 1972. The second study, Cancer Prevention Study-II (CPS-II), followed 416,060 men between 1982 and 2012. Participants reported on their lifestyle habits, including their sleep-related behavior, like duration of sleep, sleeping problems, and shift work. None of the participants had cancer in the beginning of the study. During the follow-up, 1,546 men in the first study and 8,704 men in the second study died of prostate cancer.

Researchers found that during the first eight years, the risk of death from prostate cancer was 55 percent greater among men under 65 who were sleeping for three to five hours a night, compared to men who slept for seven hours. Those who got six hours of sleep were 29 percent more likely to die of prostate cancer than men who got a full seven hours. Sleep duration did not have any effect, however, on the risk of death from prostate cancer among men over 65.
Dr. Susan M. Gapstur, the lead author of the study, hypothesized that sleep deprivation may affect genes participating in tumor suppression, while lower amounts of sleep hormone melatonin may cause genetic mutations, increased oxidative damage, and immune suppression. (A simple natural solution can help you finally free yourself from troublesome prostate problems.)

While further research is required in order to understand the biologic mechanisms behind this association, the study results demonstrate yet again the significance of an adequate good night’s rest for health.

Whether you are younger or older than 65, sleeping well is always imperative for health. Take care of your sleep, and your body will thank you!

Can’t sleep? Here’s what to do…