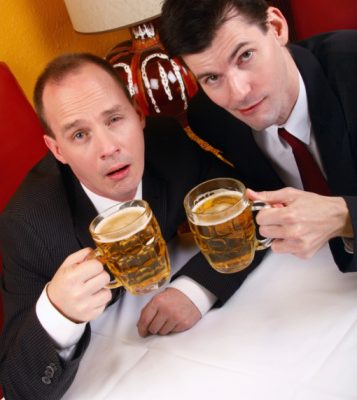 Alcohol consumption, in moderation, has been associated with positive health benefits; however binge drinking can have a significant negative impact on your mental health and performance according to recent research. Two studies were recently presented at the Alzheimer’s Association International Conference in Vancouver which found that moderate alcohol consumption later in life, heavier alcohol consumption earlier in life and binge drinking later in life increases the risk of declined cognitive performance – including memory loss and forgetfulness which are all characteristics found in people suffering from dementia.

Memory and Forgetfulness – The Study

The researchers in the first study, including Tina Hoang, MSPH, of NCIRE/The Veterans Health Research Institute, San Francisco and the University of California, San Francisco, and colleagues followed more than 1,300 women aged 65 and over for a period of 20 years. They looked at the frequency of current and past drinking including alcohol consumption at the beginning, mid-point (years 6 and 8 ) and end point (years 10 and 16) of the study. The participants were assessed for cognitive impairments (decreased memory, forgetfulness, decreased mental performance, etc.) at the end of the study. The results showed that women who reported more drinking in the past compared to at the beginning of the study had a 30% increased risk of cognitive performance decline. Participants who drank moderately (7-14 drinks per week) in the later phases of the study were approximately 60% more likely to develop cognitive impairment. Women who changed from non-drinkers to drinkers over the course of the study increased their risk of developing cognitive impairment by 200%. The researchers concluded that alcohol intake in late life may not be beneficial in older women.

Forgetfulness should not be looked at as part of the normal aging process; the findings from both of these studies suggest that if doctors start to notice signs of dementia such as memory loss, forgetfulness and decreased cognitive performance in their elderly patients, they should question alcohol use and changes in alcohol use over the lifespan. Once this is determined, proper treatment and possible support groups may help patients to abstain from alcohol consumption which will help to preserve their memory and cognitive performance.

These two studies provide insight into the effect that drinking has on the brains performance; however, additional research is needed to determine the mechanism by which the brain is affected by alcohol, especially in fragile elderly population.