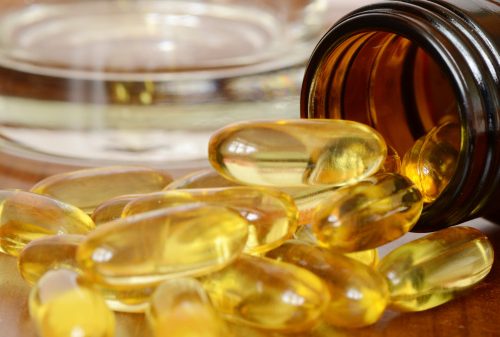 Presented at the Society for Endocrinology annual conference, researchers reported that taking a daily vitamin D supplement may help improve exercise performance and lower risk of heart disease. In addition to controlling calcium and phosphate in the blood Vitamin D plays a big role in the formation of healthy bones and teeth. Vitamin D can be obtained by consuming foods like oily fish and eggs but many people have difficulties getting the recommended amounts through diet alone. Vitamin D can also be generated through sun exposure as well.

Previous research has shown that vitamin D can block 11-βHSD1 which is required to make cortisol – the stress hormone. High amounts of cortisol can raise blood pressure, narrow blood vessels, and cause the kidneys to retain water. If vitamin D can reduce the amount of cortisol which circulates in the body, in theory it should be able to help maintain healthy blood pressure, open up blood vessels and improve exercise performance.

To see if their hypothesis is correct, researchers from Queen Margaret University conducted a placebo-controlled study in which 13 healthy adults were administered vitamin D or a placebo over the course of two weeks.

Those who were given the vitamin D supplement had lower blood pressure as well as lower cortisol found in their urine. During a fitness test, those who took vitamin D could cycle 6.5km in 20 minutes compared to the 5km they could cycle at the beginning of the test. The same group also displayed lower levels of exertion even though they did much more.

Dr. Raquel Revuelta Iniesta, co-author, said, “Our pilot study suggests that taking vitamin D supplements can improve fitness levels and lower cardiovascular risk factors such as blood pressure. Our next step is to perform a larger clinical trial for a longer period of time in both healthy individuals and large groups of athletes such as cyclists or long-distance runners.

Dr. Emad Al-Dujaili, lead author, concluded, “Vitamin D deficiency is a silent syndrome linked to insulin resistance, diabetes, rheumatoid arthritis, and a higher risk for certain cancers. Our study adds to the body of evidence showing the importance of tackling this widespread problem.”

According to the Scientific American, three quarters of adults and teens in the US are vitamin D deficient.