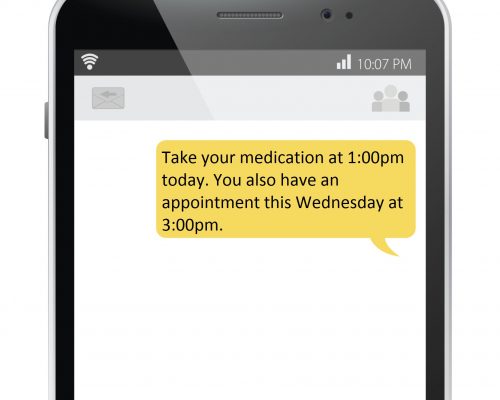 Nowadays anyone and everyone has a smartphone in their hands which constantly keeps them linked to the world. You can Google addresses, FaceTime distant friends and call up anyone by the touch of a simple button. It seems we can’t do much without our smartphones and so researchers from Oxford University, in collaboration with the University of Cape Town South Africa, wanted to utilize smartphones as a means to help lower blood pressure.

The Centers for Disease Control and Prevention (CDC) estimates that nearly 70 million Americans suffer from high blood pressure (hypertension). Hypertension contributes to America’s number one killer – cardiovascular disease – and so it’s of utmost importance that we as an entire population work to keep our numbers in healthy range.

Even if you haven’t been diagnosed with hypertension, the CDC reports that nearly one in three Americans are classified as prehypertention – blood pressure numbers that are higher than normal but not quite in the high blood pressure range.

With high blood pressure becoming a growing problem, the new findings suggest that a simple, daily text reminder may help be a solution. 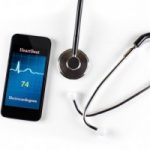 The study consisted of over 1,300 adults in the Cape Town region of South Africa. The researchers compared the effectiveness of daily text reminders and interactive text messages alongside a control group who received standard hypertension care.

Professor Andrew Farmer from Oxford University said, “High blood pressure is a common condition that can be managed successfully with tablets. Yet, even in health systems where that medication is freely available, people can struggle to keep taking the tablets regularly.”

“Two common issues are not turning up to collect medicine – so running out – or forgetting to take tablets. We knew that text messages had worked to support people with HIV/AIDS to stick to their treatment and improve their health as a result. We wanted to see whether the messages could work for blood pressure treatment in a deprived community,” he added.
Patients were split into three groups where they all received written information about blood pressure and healthy living. The first group received weekly messages which encouraged them to pick up their medications and inform them about hypertension and treatment. Additional messages were sent out to let the patient know their prescription was ready for pick-up.

The second group also received the same messages as the first group but also had the ability to interact with the service by adding or canceling appointments. The third group received standard hypertension care.

After a one year period all three groups had lowered their blood pressure but those who received text messages had slightly greater reductions in their numbers compared to the control group. Furthermore, those who received text messages also achieved greater blood pressure control and were more likely to take their medication at least 80 percent of the time.

Professor Farmer added, “The improvements seen were equivalent to those expected from intensive one-to-one behavioural counselling, which is usually more expensive. When we consider that those good at sticking to treatment are 20% less likely to die prematurely than those who don’t manage that, any relatively low-cost intervention that helps people manage their high blood pressure successfully can save the very real personal, social and economic costs of the disease.”

Professor Lionel Tarassenko from Oxford’s Institute of Biomedical Engineering said, “There is a great potential for mobile phone technology to help with the management of chronic diseases world-wide through automated messaging to the right person at the right time. With this study, we have demonstrated how this could be done in an area where large numbers of people are at risk because of uncontrolled blood pressure.”

The researchers will not work on determining frequency and cost of implementing such technology as an effective means to lowering blood pressure.

In the meantime it may be a good idea to set up your own smartphone to remind you to take your medication or attend an appointment.