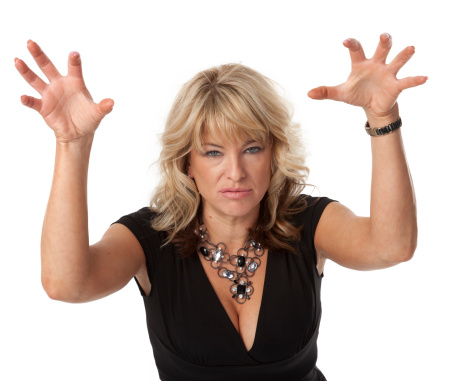 Menopause represents the end of the reproductive phase of a female and is typically characterized by the termination of the release of eggs from the ovaries.  From the point of view of an older woman, menopause simply equates to the loss of the menstrual period, plus a few additional features that are strongly associated with the changes in the female reproductive system.

Menopause is also associated with the stoppage of production of specific hormones, including estrogen, which is responsible for the thickening of the uterine lining prior to the monthly menstruation.  Estrogen also influences other reproductive characteristics, such as the development of breasts and the increase in hip size.  The development of smaller hands and feet is also controlled by estrogen, thus making these smaller than that among men.  Estrogen is also responsible for the accumulation of fats in peculiar places in a woman’s body, including that of the hips and thighs.

Upon reaching the menopause stage, the amount of estrogen produced by the female body is significantly decreased, thus resulting in various physiological changes.  Aside from the cessation of the monthly menstruation, the lack of estrogen in the body also results in menopausal weight gain, or the increase in body weight due to the change in estrogen level during advanced adulthood.

In a recent study published in the journal Menopause, the impact of lifestyle intervention among women experiencing menopausal weight gain were examined in terms of diet and exercise.  This study was initiated to identify an effective scheme to prevent menopausal weight gain to decrease the chances of developing medical disorders that are commonly associated with excessive body weight.  Menopausal weight gain has been linked to the occurrence of cardiovascular diseases, diabetes, and inferior bone health.

The Study on Menopausal Weight Gain

The study involved approximately 38 subjects with menopausal weight gain and an average age of 62.6 years, who were randomly assigned to one of four intervention schemes that consisted of either a low-calorie diet, a fully body exercise program, or both.  A control group was also included in the study, which did not introduce any low-calorie diet or exercise program to the study participants.  This study on lifestyle interventions addressing menopausal weight gain was conducted for approximately 12 weeks.

The results of the study showed that following a low-fat and low-sugar diet, which generates a small amount of calories, is effective enough in improving the symptoms of menopausal weight gain.  The study participants showed an improved metabolic profile, and lower body weight after 12 weeks of participating in the program.  Improved results using a combination of diet and exercise were also observed, although the effect on weight loss was much more pronounced in the low-fat and low-sugar diet group.  Using the low-calorie diet, the study participants also showed a decrease in the blood cholesterol levels and arterial blood pressure.

This recent medical report has shown that the use of a low-fat and low-sugar diet may facilitate in the control of weight gain that is associated with menopause.  Although changes in the body, including the termination of production of estrogen, during menopause may be significant enough to affect the normal physiology of the body, it is still possible to improve one’s general health condition through diet.