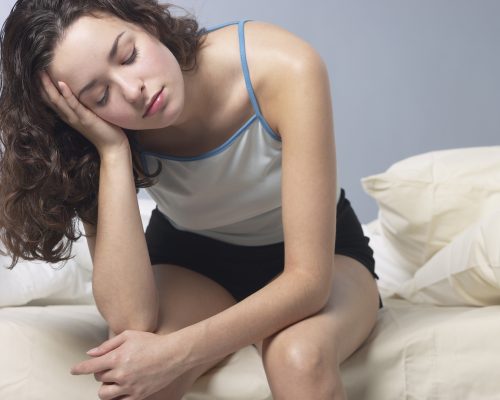 Crohn’s disease patients report high fatigue levels, according to research. Often overlooked by doctors, fatigue as a symptom can have a large toll on the quality of life in Crohn’s disease patients. Previous studies have shown links between fatigue and a number of chronic inflammatory conditions including multiple sclerosis. To assess fatigue in Crohn’s disease, researchers had patients fill out surveys aimed to investigate the perceived severity of fatigue and other non-gastrointestinal symptoms during flares.

The survey results showed that patients scored diarrhea and abdominal pain as severely affected by a Crohn’s disease flare. Fatigue and sleep disturbances were also perceived by patients to be highly affected by the disease activity.

Interventions to manage Crohn’s disease often address gastrointestinal symptoms. Adjusting the strategies to improve sleep disturbances and fatigue could have a positive impact on a patient’s quality of life.

Along with symptoms like pain, cramping, diarrhea, and constipation, many Crohn’s disease patients are also plagued by fatigue.

Fatigue in Crohn’s disease may be present throughout a flare, or even when the disease is well-managed and doctors are unsure why this occurs. Fatigue may be caused by B12 deficiencies, low levels of iron or anemia, or it may be related to medications specific to Crohn’s disease.

When managing fatigue in Crohn’s disease, it’s important to stay active. Stretching, light exercise, and yoga can help build strength and boost energy, but it’s important to also listen to your body and not push yourself when you are very fatigued.

One study in particular found that patients who walked three times a week for 30 minutes showed improvement in Crohn’s disease symptoms and overall quality of life.

Other management tips for fatigue include treating anemia and taking supplements for B12, talking to your doctor about medications, and speaking to a therapist as psychological health can contribute to fatigue as well.

If fatigue is chronic, be sure to speak to your doctor and ensure you are following your treatment plan correctly.