Home » General Health » Could A Gene Restore Your Hearing? 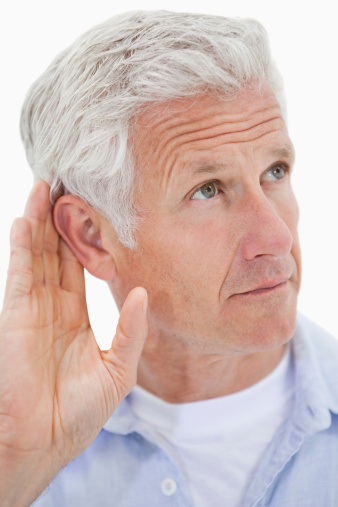 Hearing loss is a problem that affects roughly 13 percent of the United States – this means 38.2 million people in the country suffer from partial or total loss of hearing. Whether it’s noise-related hearing loss, age-related deafness, or even genetic hearing impairment, the loss of one of the most important senses we have can impact many aspects of one’s life. Fortunately, the results of a new research study suggest that these effects may not have to be permanent after all, locating a specific gene that may hold the key to restoring hearing loss for good.

The journal PLoS Genetics has recently published an article detailing the success of a project at Kansas State University. The researchers at the university attempted to restore balance and hearing. Their findings shows promise for great things in the future of auditory exploration.

The study examined hereditary or genetic hearing loss, specifically deafness caused by a mutation in the SLC26A4 gene. The mutation of this gene can cause pendrin (a protein that is found in the cells of your inner ear) expression to be reduced, which can lead to swelling in the inner ear. This swelling can not only lead to loss of balance, but also hearing loss. Thus, the goal of the study was fairly simple: fix the genetic mutation problem, and the ear should start working properly once again.

During the study, the first problem researchers encountered was that the SLC26A4 gene was produced in so many parts of the body, therefore it became impossible to eliminate it all. Their solution was to simply remove the gene from the inner ear and cochlea. The study – conducted on mice – resulted in the mice having their hearing restored for the duration of the test period, as there was no swelling of the inner ear that was responsible for their hereditary hearing loss. The correction of this simple gene mutation proved to be enough to restore the hearing in mice, which shows much potential as further studies need to be conducted for the future of treating deafness in humans.

Another Road to Success

In a previous study, published in the July 2012 edition of the journal, Neuron, another cause of hearing loss was tackled: damage to the hairs of the inner ear. These hairs are responsible for picking up all the little vibrations that are translated into sounds by the brain, but genetic defects in these hairs can lead to hearing impairment and hearing loss.

Dr. Lawrence Lustig and a team of doctors at the University of California in San Francisco, injected a protein named VGLUT3 directly into mice suffering from hereditary deafness. The result showed all of the mice in the study were able to hear once again. There was no damage to the ear, and the injections actually helped to correct structural defects in the cells making up the inner ear hairs.

So, what do both of these studies mean to the future of hearing aid technology? Some speculate that a brand new phone app could render hearing aids a thing of the past, while others believe that these studies could lead to serious strides of progress towards curing genetic deafness. While these studies were only done on mice, the success of the studies will lead to human testing – which may eventually lead to discoveries that will help mankind cure hearing loss once and for all!

To learn more about hearing loss and how it can be prevented, click here.