Home » Health News » COPD patients may be plagued by depression 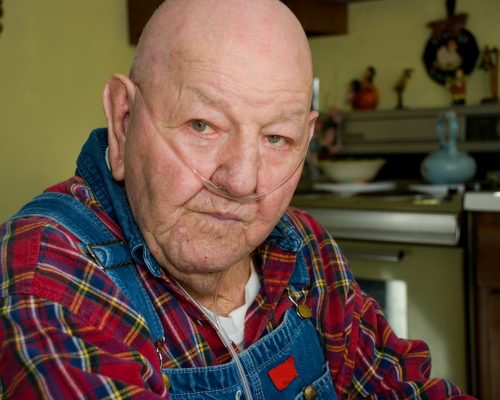 Patients with chronic obstructive pulmonary disorder (COPD) may also be plagued by depression, compared to individuals without COPD. Researchers found that one in four COPD patients suffer from depressive symptoms. If left untreated, depression can lead to worsened health outcomes and even limit the effectiveness of COPD treatment.

In an alternative study of depression in COPD, researchers randomly selected a sample of five percent of Medicare beneficiaries diagnosed with COPD and found that 22 percent had one or more psychological disorders.

Furthermore, that study also revealed that the odds of a 30-day readmission to the hospital among COPD patients were higher if they had depression, anxiety, or any other psychological disorder.
COPD is a chronic, incurable condition that affects nearly 24 million Americans. Depression in COPD makes it more difficult for patients to adhere to therapies.

Dr. David Mannino from the University of Kentucky said, “They call it ‘the shame-and-blame game’ because a lot of people who have it [COPD] feel like they brought it on themselves and got what they deserved. Part of this is the message that smoking’s bad and no one should do it. That leads to the misguided interpretation that ‘smokers are bad people.’”

Researchers recommend psychological therapy as part of a standard COPD therapy in order to improve psychological conditions, which in turn improve overall well-being.