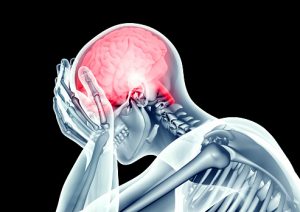 Alzheimer’s disease is the most common form of dementia characterized by memory loss and decline in other cognitive abilities, resulting in difficulty completing everyday tasks in those affected by the condition. While some degree of memory decline and cognitive problems is common for the elderly, Alzheimer’s disease is not a normal part of aging, and it’s not affecting only old people—while age is a risk factor, a younger-age onset of the condition does exist. While the underlying process of why Alzheimer’s disease develops is not completely understood, it is thought to be the result of abnormal protein clump accumulation in the brain, called beta-amyloid plaques. New research in this field, however, suggests that symptoms such as confusion seen in these patients may be due to silent seizures. This may point to a potential new target for treating Alzheimer’s disease.

“While it is not surprising to find dysfunction in brain networks in Alzheimer’s disease, our novel finding that networks involved in memory function can become silently epileptic could lead to opportunities to target that dysfunction with new or existing drugs to reduce symptoms or potentially alter the course of the disease,” said Dr. Andrew Cole, senior author of the study.

While Dr. Cole’s study only involved two participants, women in their 60s with symptoms associated with Alzheimer’s disease, both were found to have seizure-like activity in their hippocampus – the region of the brain associated with memory processing. Swings in the level of confusion were noticed when women were asked the same questions repeatedly. This prompted Dr. Cole to perform an EEG test, which detects abnormal electrical activity in the brains of people who have seizures. However, these two women had no history of such seizure activity, nor did they display any symptoms suggesting this. Unsurprisingly, the EEG testing did not detect any abnormalities.

This prompted Dr. Cole and his fellow researchers to further hone in on the hippocampus, which is known to be a common source of seizure in people with epilepsy – a condition of recurrent seizures episodes. They monitored the participants’ hippocampal activity for 24 to 72 hours by placing electrodes in the brain through naturally occurring openings at the base of the skull. Surprisingly, seizure-like activity was detected in the hippocampi of both women. One of them had frequent surges of electrical activity usually associated with seizures, but this activity was not initially picked up by the electrodes; it was a silent seizure. Three of these seizures occurred during sleep, but did not appear to be causing any noticeable symptoms.
Anti-seizure drugs were included the participants’ treatment regimen, resulting in elimination of the seizure activity as shown on subsequent testing. During the following year, one of the women only had a single incident of confusion, which occurred when she missed her doses of medicine.

Dr. Cole and his team admit that more research is needed to establish a definite correlation, as having only two study subjects is not enough to make a conclusion. A study involving more participants would be in order, involving the use of minimally invasive electrodes in order to detect silent seizures that are seen to be a cause of some Alzheimer’s disease symptoms.