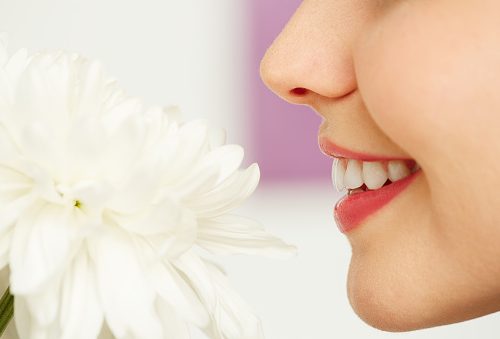 Our ability to smell is something we all take for granted. It allows us to enjoy the aroma of the foods we eat, warns us of the dangers of smoke or leaking gas, and can even trigger certain memories linked to particular smells. However, approximately two million Americans suffer from some degree of loss of smell (anosmia), and only 2,000 people actually seek help from their doctors for the issue each year. Fortunately, a study exploring alternative applications of a commonly used substance to treat bladder issues may also treat those who have lost their sense of smell, albeit temporarily.

The study conducted by the University of East Anglia (UEA) with the Smell & Taste clinic at the James Paget University Hospital sought to improve the ability of smell for patients suffering from anosmia or hyposmia (reduced ability to smell) and discovered that sodium citrate applied through nasal spray could offer temporary improvement.

Sodium citrate is known for its calcium binding properties, making it an ideal medication for treating kidney stones, and it works as an alkalinizing agent for neutralizing excess acid in the blood and urine. It is considered relatively safe and commonly used. It is sodium citrate’s ability to bind to calcium which first attracted researchers to the medication, as it is known that calcium molecules are key for cell function, and are believed to be involved in “turning down” the sense of smell. The researchers wanted to observe if reducing calcium in the mucus in the nose would restore the sense of smell in patients suffering from anosmia.

“The sodium citrate nasal spray was designed to ‘mop up’ calcium molecules in nasal mucus and as a result, temporarily turn up the sense of smell,” said Carl Philpott from UEA.

The randomized trial consisted of patients treated with either the sodium citrate nasal spray or sterile water. Participants were then asked to perform a series of test, smelling increasingly stronger concentrations of four different odors—roses, pear, vinegar, and menthol. They were asked to note the concentration at which they could detect the smell.
The researchers found that, of the patients randomized to receive the sodium citrate spray, one-third showed an improvement, with a peak effect seen between 15 and 30 minutes after treatment. Participants did note side effects consisting of a sore throat, slightly runny nose, and itching shortly after administration.

“Results showed an improvement in those treated with the spray, which lasted for up to two hours. It seemed to be most effective in people whose ability to smell was damaged by viral infection, called post viral olfactory loss or PVOL,” said Philpott.

This finding marked an important discovery in the advancement of medical treatment of a condition that can have a significant impact on those affected. A lack of smell may reduce food consumption, leading to weight loss—it may also affect personal relationships, social enjoyment, and have an overall negative impact on psychological well-being. The researchers believe that more research is needed in the form of larger clinical trials and hope that one day it can be commonly prescribed to help relieve anosmia symptoms, enhancing the quality of life with only a few tolerable side effects.

Related: A woman’s sense of smell may impact her social status

What causes smelly urine and how to get rid of strong urine odor?

Can you smell your health?