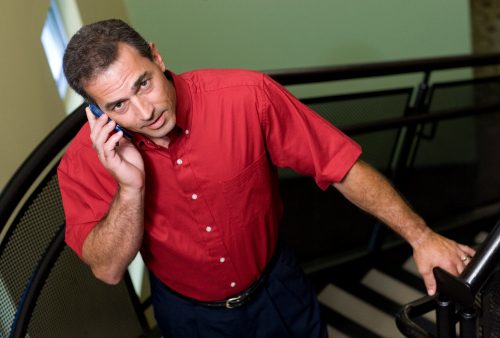 Everywhere you look, someone is carrying around a cell phone – many people see these devices as extensions of themselves. Whether in your purse, in your hands, or in your pocket, a cell phone is always within arm’s reach in case a text message, an email, or a phone call comes in. It doesn’t really matter how old you are, cell phones span across generations.

In addition to the previous studies reporting that cell phones may be hazardous to our health, a recent small study found new evidence – this time, with regards to our bone health.

In a small study from Argentina, the researchers found that wearing a cell phone on your waist can contribute to weaker hip bones. The researchers measured bone mineral content and bone mineral density in the left and right hips of 24 men. The men carried their cell phones in a pouch on their belt for at least one year. Other 24 men who did not have cell phones were used in the study for comparison.

The study also uncovered that cell phone carriers had lower bone mineral content and density in the right trochanter at the outside top of the thigh bone. Right and left trochanter differences were also dependent on the number of hours carrying the cell phone on the right side.


According to the researchers, the findings reveal that long-term cell phone use is associated with loss of bone mineral content and density due to exposure to electromagnetic radiation. The researchers did caution that a larger study must be carried out to confirm their findings.

It may be wise to avoid keeping your cell phone close to your body for prolonged periods of time until further investigation into the issue.