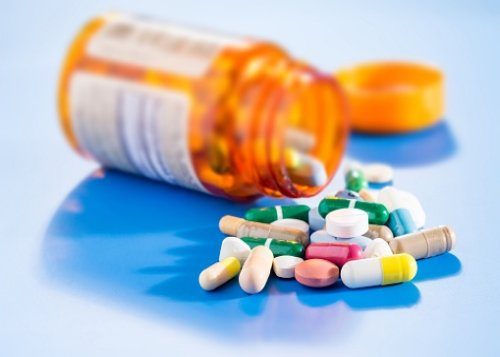 A new study has found that nearly 40 percent of adults taking prescription medications in the United States could be at risk for side effects causing depression and suicide. The research was completed by a team at the University of Illinois’s Chicago campus.

The researchers used data collected by the National Health and Nutrition Examination Survey from 2005 to 2014. They analyzed the patterns of medication use demonstrated in patients included in the survey. The data of over 26,000 adults were used in the analyses, which looked at the usage of over 200 commonly prescribed medications.


Use of Multiple Medications Together on the Rise

More concerning was the finding that many patients, if not most patients, used more than one of these medications at the same time. The result of the concurrent use of the drugs was an even higher risk of developing depression. Approximately 15 percent of patients using three or more of the tested drugs showed instances of depression, compared to five percent of those who were not taking any of these medications, seven percent who were taking one of them, and nine percent for those who were taking two at the same time.

This result was also noted in the drugs with a listed side effect of potential desire to commit suicide, even when the researchers adjusted for psychotropic drug use (which is commonly an underlying indicator of depression unrelated to use of medications). Usage of medications with suicide as a potential side effect has risen from 17 percent to 24 percent and consistent use of three or more drugs has risen from two percent to three percent of the population.

The researchers feel that because these medications are often commonly prescribed and generally have nothing to do with treating depression, patients and physicians are probably unaware of the risk these prescriptions can have on causing depressive symptoms.

“Many may be surprised to learn that their medications, despite having nothing to do with mood or anxiety or any other condition normally associated with depression, can increase their risk of experiencing depressive symptoms, and may lead to a depression diagnosis,” said the lead author of the study, Dima Qato. “People are not only increasingly using these medicines alone, but are increasingly using them simultaneously, yet very few of these drugs have warning labels, so until we have public or system-level solutions, it is left up to patients and healthcare professionals to be aware of the risks.”

The researchers feel that preventive safety measures need to be taken to inform the public of these life-threatening side effects of the medications they are being commonly prescribed.