Home » Health News » This Common Painkiller Is Hurting Your Heart 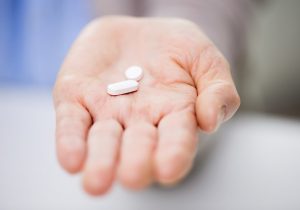 The researchers looked at patients who were prescribed diclofenac for at least a year and compared data to individuals taking other painkillers and those who did not take painkillers. The findings uncovered that diclofenac patients continuously had a higher risk of heart-related problems compared to those on other painkillers or none at all.

Dr. Tarun K explained, “Diclofenac is mainly broken down in the liver, we’ve always known that there has been a link between excess use of paracetamol, acetaminophen and other such medications which are metabolized in the liver, and  the effects those have on the liver, but this is the first time a report has come out and shown that there is a direct link between using diclofenac and heart health. The fact that it is so easily available without a prescription is also something we have to consider. So many people take these painkillers for every little thing. We need to make them understand and aware of what exactly these medications do.”

Although there was an overall increased risk of heart attack while using diclofenac, the individual risk was still relatively low.

To reduce your risk of heart attack, ensure you’re practicing heart-healthy habits such as not smoking, eating well, exercising, reducing stress, managing other health conditions, and maintaining a healthy weight. Always speak to your doctor about over-the-counter drugs you’re taking for a prolonged period of time and always take medications as instructed on the label or by your doctor.