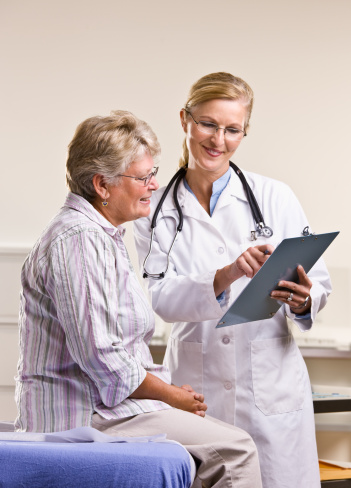 Think back to how many times you have seen a doctor in the past year. How many scans, tests and antibiotics were you prescribed? Does the number seem overwhelming? That’s probably because it is.

Although current medical systems are in place to create life longevity, adverse effects from over-prescriptions are now taking a toll on the population’s health, causing drug addictions, immunity so the meds no longer work, even death.

More than 70 percent of Americans use prescribed drugs, and unnecessary procedures have led to more than 37,000 deaths annually, as noted in the “Death By Medicine” 2003 report that reviewed mounting statistical evidence.

Many current medical practices are under review, thanks to concerned doctors in North America who aim to put a stop to health practices that may cause more harm than good.

In 2011, concerned doctors in the United States started the Choosing Wisely campaign, an initiative of the American Board of Internal Medicine (ABIM). The campaign aims to improve conversation between physicians and their patients, and to spotlight medical tests and courses of treatment that may be unnecessary or even harmful. The end goal is to help patients choose the care they receive, ensure it is safe, necessary and supported by scientific evidence.

Canadian doctors are now joining the campaign as research has shown that unnecessary tests and treatments are leading to more harm than good for many patients. The president of the Ontario Medical Association (OMA) stated in 2013 that allowing patients to complete unnecessary tests can lead to anxiety and false positives which can affect the patient’s psychology and physical self.

A major test that is under scrutiny is the CT (computerized tomography) scan, a scan where a computer takes data from x-ray images of structures inside the body and converts the data into pictures on a monitor. Reports from OMA have stated that the amount of x-ray radiation from the test alone is significant enough to cause further illness. The OMA also reports that prescribing antibiotics for various illnesses that can be cured without antibiotics can bring on unwanted side effects and cause the body to become resistant or completely immune to antibiotics. They also suggest that unless a patient has a particular illness that calls for a test, patients should not undergo such tests as precautionary measures.

RELATED READING: Are You Living Too Long?

The list of procedures that Choosing Wisely develops continues to grow as more research is released on possible harm. Consumer Reports has compiled support information for patients to educate them about various procedures they may need – so they can begin a conversation with their doctor to ensure proper care. Some of these conversations involve the so-called “required” colonoscopy, heart imaging before surgery, Pap tests and brain scans.

Here are some noteworthy recommendations proposed by Choosing Wisely to watch for:

Don’t order annual electrocardiograms (EKGs) or any other cardiac screening for low-risk patients without symptoms.

There is little evidence supporting early detection to improve overall heart health. Choosing Wisely notes that the benefits are outweighed by the negatives as it is invasive and can cause stress to the patient.

Don’t perform Pap smears on women younger than 21 or who have had a hysterectomy for non-cancer disease.

Any discovery during younger years usually passes through development; therefore, if something is uncovered it can lead to unnecessary treatment and anxiety. Also, there is little evidence for improved outcomes for those who receive a Pap smear after having a hysterectomy.

Don’t screen women younger than 30 years of age for cervical cancer with HPV testing, alone or in combination with cytology.

The harm from this procedure is ongoing invasive tests and results can mean further psychological harm and distress.

There is substantial evidence that PSA tests can lead to over-diagnosing of prostate cancer. Most tumors are not harmful.

False positive results can lead to unnecessary follow-up tests and procedures which can cause psychological harm for the youth.

Most “sinusitis” or sinus infections will clear up on its own as it is merely a viral infection. Prescribing antibiotics can lead to immunity to the antibiotic and useless spending on drugs that are not required. Visits to the doctor for sinusitis cost the health care system $5.8 billion annually, according to Choosing Wisely.

Clearly, the message Choosing Wisely conveys is that patients do have a right to determining their health care. They do not have to go along with what simply is prescribed to them. By giving patients the education they need, they can have a voice in their treatment and, in the long-run, protect their health from unnecessary drugs and procedures.