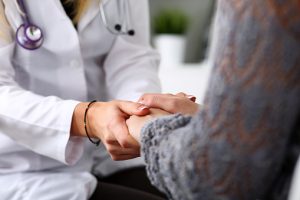 Beta-blockers are common medications used to treat high blood pressure and prevent heart attacks. They work by blocking the receptors that respond to adrenaline (epinephrine) and noradrenaline (norepinephrine) of the sympathetic nervous system. These receptors can be found in the cells of heart muscles, airways, kidneys, and other tissues that are part of the sympathetic nervous system.

New research into a specific type of beta-blocker has found that despite having positive hypertensive and cardiovascular treatment properties, the drug may also help those suffering from melanoma live longer.

An aggressive type of cancer

Melanoma develops in melanocytes – the cells that produce melanin, which is the pigment that gives us our skin color. Any part of the skin that has contact with the sun has cancer risk potential, but melanoma may also form in the eyes and rarely in the intestines and other internal organs.

The precise cause of melanoma isn’t entirely understood, but it is known that limiting UV radiation exposure can help reduce the risk. Oftentimes, the first signs of skin cancer will be the development of an irregularly shaped mole on the body, but sometimes, it can occur on the otherwise normal-appearing skin.

It is thought that DNA damage in skin cells is what leads to mole formation, but it isn’t entirely clear, as a combination of environmental and genetic factors may play a role in cancer development. Most concerning is the propensity for melanoma to spread to other organs of the body, leading to further complication.

Treatment of melanoma will depend on the stage of the disease, which will typically involve a combination of surgery, chemo, radiation, and biological therapy to boost the immune system. It was found that those patients on immune system boosters saw the most benefit from beta blockers, helping increase longevity.


“The type of beta blocker we found to be effective against melanoma – pan beta blockers – was actually the least prescribed. Most patients are either prescribed beta 1 selective blockers or are not taking beta blockers at all. This means there’s a large population of patients who may be eligible to take pan beta blockers while being treated with immunotherapy. And because beta blockers are already FDA approved, it’s something we know is safe and can be very quickly implemented in patient care,” said Dr. Todd Schell, professor of microbiology and immunology at Penn State College of Medicine.

The observed effect is believed to be the result of lower stress levels that beta-blockers provide. High levels of stress have been known to compromise the benefits of anti-cancer treatment.

Looking for a reason why

Little difference was seen in patients taking the selective type of beta-blockers and those taking none at all. However, those taking pan beta-blockers were found to live significantly longer, with nearly 70 percent of the patients still alive in five years after immunotherapy. The other two groups averaged about a 25 percent survival in
the same time span.

Using mouse models to help explain this phenomenon, the researchers found that pan beta blockers, such as propranolol, can significantly delay tumor growth and increase survival when combined with immunotherapy.
“The benefit of this is that beta blockers already have a long history of safety in people, and they’re cheap and generic. And now they have the potential to augment some of these newer immunotherapy drugs to help people with cancer,” said Dr. Joseph Drabick, physician, and professor of medicine at Penn State College of Medicine.