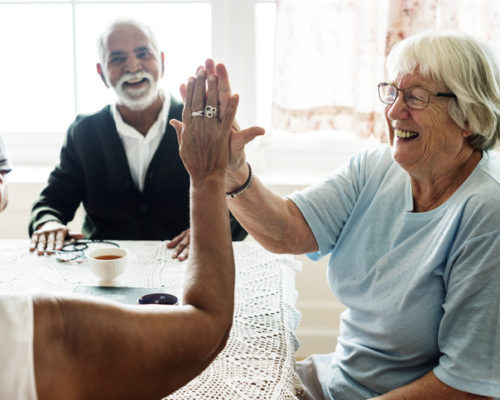 While dementia is a growing condition among the elderly, there are still no cures or treatments for it. The major focus of current research efforts is on prevention, as a result. The key element in preventing the condition is early detection and maintaining a balanced lifestyle consistently.

One of the first signs of dementia can be minor cognitive decline in adults over the age of 65. New research suggests that these adults, who show signs of potential dementia development, may be able to delay its onset by years if they implement simple exercise periods into their weekly routine.

The study recruited 160 adults, with an average age of 65, as participants. All of the participants showed signs of mild cognitive decline, but not dementia, at the outset of the study and all lived a sedentary lifestyle. The researchers randomly assigned the participants to one of four experimental groups.

One group participated in aerobic exercises three times a week, the second received nutritional counseling and was advised to follow a diet beneficial to the heart, the third participated in both the exercising and the nutritional counseling/dieting, and the final group served as the control group, who were advised to continue their routine as usual.

After a period of six months, those who were included in the exercising groups had higher scores on cognitive tests than when they were tested at the start of the study. The participants showed improvements in their executive functions, those responsible for behavior, attention span, organization of ideas, and ability to achieve goals. The researchers equated this improvement with an estimated reversal of nine years of aging. There were no improvements to participants’ memories, however.

The participants in the nutrition/diet-only group and the control group did not show any improvements in cognitive functioning or memory. In fact, the researchers noted that these participants showed the equivalent cognitive decline of six months of aging. The participants in the combination group, who did both the exercising and the nutrition counseling/dieting showed the highest level of cognitive improvement of all four groups. The researchers believe this is due to the beneficial impacts of a healthy diet on the effectiveness of exercising.

“There are currently no proven medical therapies to stop or reverse age-related cognitive decline, and these lifestyle changes have the potential to delay the onset of dementia for years,” said lead study author James Blumenthal.

The results of this study emphasize how small changes in lifestyle and diet can have a large impact on overall health, cognitive abilities, and disease prevention. Two limitations of this study are its relatively small sample size and its short-term implications.

Future studies should focus on a longer-term follow-up period with a larger group of participants, to determine if these benefits can be maintained over many years and the percentage of participants like those in this study that would go on to be diagnosed with dementia in the future.