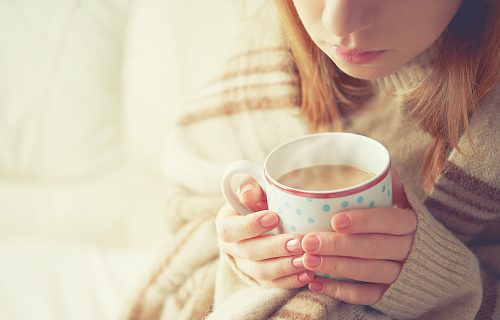 Wake up and smell the coffee! And if you’re really perceptive, you might also smell the risk of heart attack. Dr. Lucio Mos, a cardiologist with the Hospital of San Daniele del Friuli in Udine, Italy, presented a research study to the European Society of Cardiologists (ESC) Congress. The study states that coffee drinking in younger adults with mild hypertension has an adverse effect on cardiovascular health – specifically, it increased their risk for developing conditions that lead to heart attacks.

According to Dr. Mos, the medical community is not completely clear about the effects of drinking coffee on long-term heart health for patients with mild hypertension. They decided to study the effects of coffee on the heart, high blood pressure and glucose metabolism.

For the study, the team did a 12-year analysis of 1201 participants between the ages of 18 and 45. All the participants had mild hypertension (systolic blood pressure between 140 and 159 mmHg and/or diastolic blood pressure between 90 and 99 mmHg). Among the participants, 26.3 percent didn’t drink coffee at all, 62.7 percent were moderate coffee users (1-3 cups of coffee per day) and 10 percent were heavy coffee drinkers (more than 4 cups of coffee per day).

As hypertensive patients often develop type-2 diabetes at a later stage, the study also examined the long-term effect of coffee drinking on the risk of developing prediabetes. The researchers found a 100% increased risk of prediabetes in the heavy coffee drinkers.

Over the 12-year study, researchers observed that the risk of heart attack quadrupled in the heavy coffee drinkers and tripled in the moderate coffee drinkers.  The researchers surmised that effect of coffee on cardiovascular events may be interceded by its lasting influence on blood pressure and glucose metabolism.

Based on all the various parameters and results, the team concluded that coffee use is linearly associated with increased risk of cardiovascular events in young adults with mild hypertension. These patients should be cognizant of the fact that drinking coffee may increase their risk of developing more severe hypertension and diabetes in later life and should reduce their consumption to a minimum.