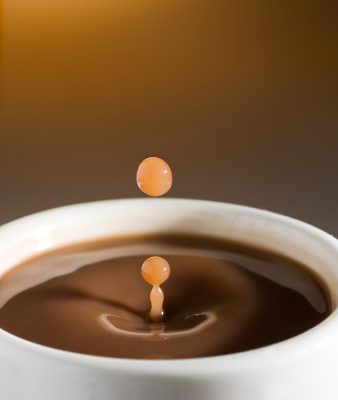 This is something that could really impact, not only your morning routine, but your life as well! If scientists and weather experts are correct, it could mean bad news for coffee drinkers, as within a few decades, caffeine lovers may have to part with their drink of choice: coffee.

Coffee and the Coffee Bean – Are the Days Almost Up

Experts say the issue is arising because of the fact there is such major changes in the climate, an issue that will directly impact the coffee bean, and more than likely your morning breakfast ritual as well.

The extinction of the Arabica coffee bean is a very concerning prospect within the retail world, and while coffee and caffeinated products might not always have the greatest stigma as a healthy food, the idea that climate is causing a coffee bean extinction is worrying none-the-less.

Production and Manufacturing of Coffee as a Healthy Food Could Cease

This information on the coffee bean became available following a study conducted by scientists at the Royal Botanic Gardens, who reported that climate change alone could lead to the extinction of Coffea Arabica and it could happen well before the end of the century.

So imagine a weather problem so severe, it could impact your healthy food choices. The Arabicas grown currently are part of a limited genetic stock, one that experts say are very unlikely to have the kind of resistance required to cope with climate change and other threats, such as potential for diseases.

RELATED READING: The Popular Bad Habit That Adds Years to Your Life

There are other threats, too, despite the fact the coffee bean won’t appear on your breakfast table. The production aspect also comes into play, as well as the potential for economic threats. Coffee is considered one of the most traded commodities in the world, falling just behind oil. Coffee and the coffee bean are absolutely imperative to the economies of any number of countries.

So what does this mean for the future of healthy food choices, seeing as coffee has now been seen to have any number of health uses, despite the negative association of caffeine in the past?

While information is somewhat limited this early on, the advance notice of the problem, allows scientists and researchers a little bit of time to try and formulate a solution to the issue, whether it be to change the production methods, or the environmental sustainability of the coffee bean. Regardless, in order for there not to be a serious backlash from the coffee production and manufacturing community, something will need to be done, and soon, too.