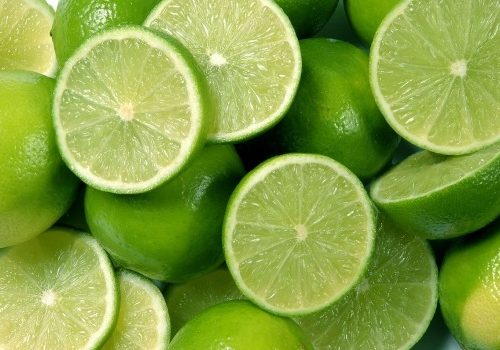 A healthy lifestyle is strongly associated with eating fruits and vegetables on a daily basis, coupled with sufficient hours of sleep and regular exercise.  Fruits and vegetables have been considered as natural food items that are rich in vitamins and minerals, as well as dietary fiber that could improve digestion.  Citrus fruits, including lemons, oranges, and grapefruit, have been cultivated for centuries; these have been used as food and as a traditional treatment for scurvy, which is a vitamin C deficiency that is characterized by fatigue, gum bleeding, and rapid bruising in various parts of the body.

Although the health benefits of lemons and other citrus fruits have been recognized for centuries, its specific mechanism of action has remained unknown.  Various research laboratories around the world are thus actively engaged in studying the components of citrus fruits, as well as identifying the effects of particular molecules that are present in its juices, pulp, and peel.  According to a recent medical report, lemons and other citrus fruits contain a plant pigment called cryptoxanthin that may significantly improve liver health.

The research report used an extract derived from citrus fruits and administered this to experimental rats as supplements to their regular diet.  After eight weeks of supplementation, the liver, kidney, heart, and other organs of these experimental animals were examined in terms of effects of exposure to the citrus extracts.  In addition, blood was extracted from these animals to determine the presence of this plant pigment.

The results of the study showed that of all the organs examined after eight weeks of dietary supplementation with the citrus extract, the liver had the highest levels of cryptoxanthin. Followed by the spleen, and the kidney.  The plant pigment was also detected in the blood, indicating that this plant pigment is not easily destroyed during circulation around the body.  This result also suggested that the plant pigment might have long-term benefits on the liver and other organs of the body.

What This Could Mean for Your Liver

The medical report explained that this plant pigment imparts positive effects on liver health and liver function.  The authors of the report previously showed that exposure to this plant pigment through eating citrus fruits is associated with a lower risk for the development of liver diseases.  In addition, citrus fruits have also been linked with a lower risk of problems with liver function that were caused by alcohol consumption.  The report explained that plant pigments from citrus fruits improve liver health and liver function by participating in the production of antioxidants in liver cells, thus preventing the accumulation of cellular damage caused by various environmental and dietary activities such as drinking and eating less nutritious food items.

Lemons and Liver Function – Useful According to Research

Cryptoxanthin from lemons and other citrus fruits thus directly targets the liver, improving its cellular activities against various types of damages.  Although the plant pigment was also detected in other organs of the body, the results of the research study showed that the most benefits were observed in terms of liver health and liver function.  Interestingly, this plant pigment is considered as a provitamin A, or a precursor of vitamin A, which plays a role in the production of growth factors of the body.

The information presented in the recent medical report may be useful in the design of dietary programs for those who plan on leading a healthy lifestyle.  Lemons and other citrus fruits may improve various organs of the body including the liver, kidney, and spleen, as shown in the medical report.  More importantly, the capacity of the liver to perform its specific functions in our immune system may be enhanced, thus decreasing the risk for disease.