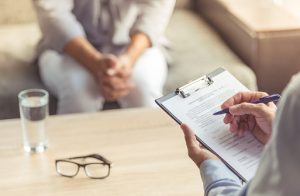 Chronic fatigue syndrome patients experience long-term benefits from cognitive behavioral therapy (CBT) and graded exercise therapy (GET), in comparison to standard care. Researchers reached out to participants 2.5 years after the original study was completed to see how they were doing after their treatments. Three-quarters of the original participants were involved in this follow-up study.

The researchers found that participants experienced greater improvement in their chronic fatigue syndrome (CFS) through CBT and GET 2.5 years later.

Professor Michael Sharpe explained, “The finding that participants who had cognitive behavioral therapy and graded exercise therapy had maintained their improvement over two years after entering the trial, tells us that these treatment can improve the long-term health of people with CFS.”

Participants who originally underwent CBT or GET were also less likely to seek additional therapy post-trial, compared to those who underwent traditional treatment for CFS.
Dr. Kimberley Goldsmith from the Institute of Psychiatry, Psychology & Neuroscience at King’s College London added, “We found that participants who had originally been given SMC [standard medical care] or APT [adaptive pacing therapy] appeared to be doing as well as those who had CBT or GET in the longer term. However, as many had received CBT or GET after the trial, it does not tell us that these treatments have as good a long-term outcome as CBT and GET.”

Professor Peter White concluded, “Finding no significant differences in the proportions getting worse over time is a reassurance for those who worry that some of these treatments might make things worse. But it is also a reminder that these treatments do not help everybody, and more research is needed into finding other treatments that help.”

Related: Depression and chronic fatigue syndrome: How are they linked?