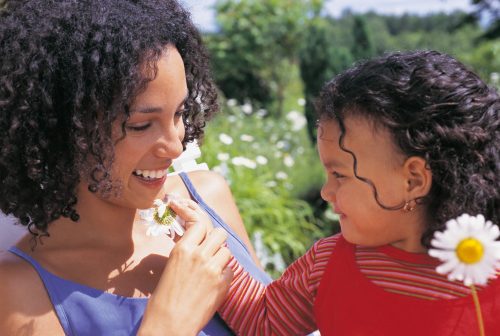 A recent study shows no significant differences in child development when children are raised by either single mothers—who made the choice to be single parents—or in heterosexual, two-parent families.

In countries where fertility treatments are legal and offered to single women, many are making the choice to knowingly begin families without a partner. In other words, these women are deciding to become single mothers by choice. This decision often brings about concerns for how the single woman’s child will turn out. This stems from the idea that children will be negatively affected by the lack of a present father. These assumptions are usually garnered from research done on the effects of divorce on child development.

As it turns out, divorce negatively affects children because they experience trouble in their parental relationships as a result of the divorce, as opposed to the actual absence of one parent throughout their lives.

Located in Amsterdam at the VU University Medical Centre, Mathilde Brewaeys wanted to know more about this growing group of women who are choosing to be single parents and what this could mean for the development of their children. So, she performed a study looking at the differences in children raised in a home by a single-mother-by-choice or in a two-parent household.

The study included 128 mothers, 69 of whom had chosen to be single parents and 59 who were in a heterosexual, two-parent relationship. The children’s ages ranged between a year and a half and six years of age. She focused on comparing the relationships between parent and child, availability of social support, and the overall well-being of the child, between the two types of families. She used a series of questionnaires to gather information on the aforementioned areas of well-being.

While the results of the study did not show any differences in the development of the children between the two kinds of homes, the researcher did note that in the single-mother-by-choice families, there were greater social support networks in place for the mother and the child outside of the parent-child relationship. These social support networks were not found as frequently in heterosexual two-parent homes and were also not sought after as often. One reason for this could simply be that single women preparing for motherhood are often counseled on the importance of seeking out and maintaining these social support systems.

Simply put, two-parent families have an additional set of hands that single mothers do not, so the latter are more likely to look for help outside the home when it comes time to raise their child. Brewaeys also did not find significant changes in levels of emotional involvement or stress between the two kinds of homes.

Overall, the children raised by single mothers who knowingly chose single parenthood showed no differences in levels of development to those raised in two-parent heterosexual households. It is advised that any woman looking to pursue single parenthood establish and employ a solid foundation of social support to ensure the stability of their child’s developmental environment.