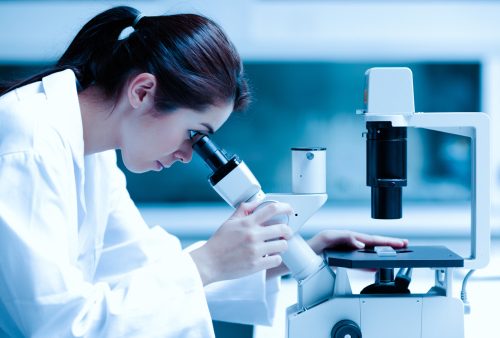 In today’s modern world, we are used to conveniences that seem luxurious to those living in third world countries. One such convenience is the availability of food that is literally at our finger tips. Unfortunately, we may be overlooking what that is doing to our health.

The high level of consumerism in the United States comes with the drive for competition to make as much money as possible. Food companies are always on the look out to cut cost and increase revenue, and sadly, this has come at the cost of our health.

The industrialization of the consumer marketplace has led to the use of chemicals designed to boost profits without proper testing on how it affects human health.

A new study carried out by Cedars-Sinai investigators suggest that the chemicals put in everyday products, often to help increase their shelf life, are making the population obese.

A way to test harmful chemicals

The researchers developed a novel platform and protocol for testing the effect of chemicals known to disrupt the human endocrine system—the secretion of hormones and chemical substances that regulate the activity of cells and/or organs.

Human grown tissue from human stem cells was used to demonstrate the effect these chemicals had over long-time exposure. It was found that the normal human chemical that let people know they are “full” was being interfered with, breaking it down and possibly leading people to continue to eat.

“We discovered that each of these chemicals damaged hormones that communicate between the gut and the brain. When we tested the three together, the combined stress was more robust,” said Dhruv Sareen, assistant professor of Biomedical Sciences and director of the Induced Pluripotent Stem Cell Core Facility at the Cedars-Sinai Board of Governors Regenerative Medicine Institute.

The research team reached this conclusion by obtaining blood samples from adults and then converted those cells into induced pluripotent stem cells by introducing reprogramming genes. This allowed the researchers to grow human gut and neuronal tissue, both of which play a role in regulating appetite and metabolism.

Then they exposed the chemicals mentioned one by one, and in various combinations. They found that the chemicals disrupted the chemical networks that prepare signaling hormones, making them ineffective. It was also observed that these chemicals damaged mitochondria—cellular structures that drive the body’s metabolism.


Could have serious implications on our health

The scary part is that the cellular damage sustained occurred in the early-stages of cells, suggesting that a defective hormone system could impact a pregnant mother as well as her fetus. Previous studies done in animal models even found that endocrine disruptors such as these can be passed down from generation to generation.

Living in this modern age, we are surrounded by hundreds of chemicals. While not all are bad, a few are thought to pose a significant risk to human health. Human testing is not good clinical practice and makes it harder to find out exactly what effect such chemicals would have.

The protocol developed to test chemicals on actual human tissue would potentially make the evaluation of harmful chemicals easier and even be cost effective, according to the researchers.

Related: Poor sleep could be making you fatter

Smelling your food can make you fatter

Living in an unclean environment can make you fatter