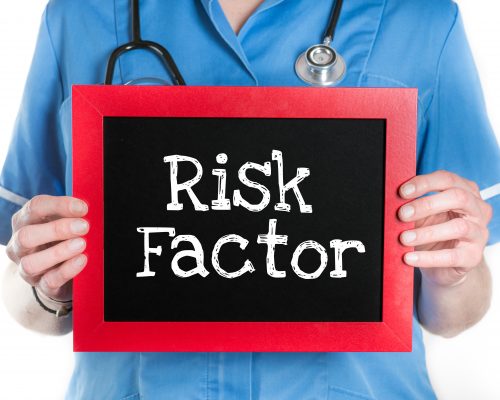 Whether they are smokers, drinkers or over-eaters, millions of lives could be saved with a few simple lifestyle changes. In fact, at least 37 million deaths could be prevented by 2025 by the reduction of six common risk factors, according to the World Health Organization (WHO).

WHO sets targets each year to reduce premature deaths due to four chronic diseases and their main risk factors. But what are they? And with mortality numbers so high, what can we do to outsmart them?

The four main non-communicable diseases (NCDs) are cardiovascular disease, respiratory disease, cancer (all types) and diabetes. In 2010 alone, 28.3 million people died of these diseases, according to the organization.

As a doctor, this information doesn’t surprise me. I have always felt that lifestyle and diet are two key components in determining your longevity. When my patients come to me with symptoms and concerns, I like to ask them about their food habits and activities. I’m always counseling my patients to make small changes to their daily habits, because those small changes add up. And this just furthers my point.

RELATED READING: Forget the hype: E-cigarettes can poison you

If you are looking for the most substantial results, kicking the tobacco habit and watching your blood pressure saw the most impressive numbers. For example, WHO estimates that a 50 percent reduction in smoking by 2025 promises to reduce the risk of dying prematurely by more than 24 percent in the male population and 20 percent in the female population.

It’s also estimated that if countries reduce all six risk factors between 2010 and 2025, the rate of dying prematurely from the four NCDs would decrease by 22 percent in males and 19 percent in females. Altogether, that would prevent nearly 40 million deaths globally over 15 years.

Still, researchers at London’s Imperial College say that it really is a matter of politics when it comes to ensuring these health targets and reductions are ever going to be realized. Considered one of the world’s finest universities, the science-based institution is widely known for its excellence in teaching and research. It’s ranked third in Europe overall according to the most recent World University Rankings.

“It is possible to achieve most of the desired reduction in deaths from chronic diseases by tackling a small number of preventable risk factors,” Imperial College’s lead researcher Majid Ezzati told Medical News Today.

He says there is a very real need for greater policy push and injection of resources into low-to-middle-income countries which will help to avoid escalating numbers of chronic disease deaths in countries that can’t afford to provide the proper treatment to patients.

Countries need to meet their own health targets

Meanwhile, most high-income countries are working hard to meet their own targets launching initiatives like tobacco and alcohol taxes and bans. One that I particularly like is programming to promote physical activity. School fitness and workplace wellness initiatives will be invaluable to turning the risk factors around.

While reaching a goal where millions of people aren’t killed by highly preventable causes might seem like it can’t be achieved, with a little more attention to what is causing the deaths and ways to prevent the issues, there is hope. It’s actionable! We can live much longer and healthier lives.