Home » Hearing Health » What is cerumen or earwax impaction? Symptoms, tips, home remedies, and the link to tinnitus 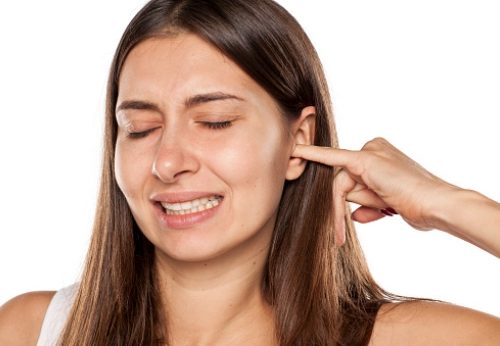 Doctors are warning that attempts to remove earwax on your own may be dangerous for hearing. Produced for cleaning and protecting the ears, earwax collects dirt, dust, and other matter so that it doesn’t continue into the ear and result in damage. Dr. Seth Schwartz of the American Academy of Otolaryngology — Head and Neck Surgery Foundation explained, “There is an inclination for people to want to clean their ears because they believe earwax is an indication of uncleanliness. This misinformation leads to unsafe ear health habits.”

Activities like chewing or moving your jaw help to push earwax out. It then flakes off or washes off during showering. This is a continuous process – which in some cases can fail. When the process of self-cleaning isn’t effective, earwax can build up, partially or fully blocking the ear canal.

Dr. Schwartz added, “Patients often think that they are preventing earwax from building up by cleaning out their ears with cotton swabs, paper clips, ear candles, or any number of unimaginable things that people put in their ears. The problem is that this effort to eliminate earwax is only creating further issues because the earwax is just getting pushed down and impacted farther into the ear canal. Anything that fits in the ear could cause serious harm to the ear drum and canal with the potential for temporary or even permanent damage.”

The guidelines for ear care were published in Otolaryngology — Head and Neck Surgery outlining the dangers of excessive earwax removal. Here’s what the new guidelines entail:

Symptoms and complications of earwax impaction

If impacted earwax is left untreated, the symptoms can worsen. Further complications may involve ear irritation and even hearing loss.

Related: Put down the swab if you want to protect your ears

First and foremost, do not start sticking cotton swabs into your ear. This is an incredibly harmful practice, especially if you have lodged wax. Swabbing can also damage the ear canal, and you don’t want that to happen.

If you have a wax problem, you will want to soften the wax. You can easily do this by putting a few drops of warm olive oil, apple cider vinegar, salt water, baking soda, or even hydrogen peroxide in the ear. You simply put the solution in your ear and lay on the opposite side of the affected ear, so the liquid can really get in. After about 10 minutes, rinse the ear and ensure you dry it properly. In a few days, this will soften the wax to the point where it begins to come out on its own – or a doctor can flush it out – without too much pain.

Another method, which apparently is very common on flights, is using Styrofoam cups. This remedy is meant to alleviate pain, particularly when flying. Soak a napkin or cloth in hot water, allowing it to absorb. Place this warm, damp napkin in the cup and hold it over the ear. The steam will provide heat to the ears and soften up any hard wax.

You can also place a hot pack or warm towel over the ear area for pain relief.

Does earwax buildup cause tinnitus?

In some cases, tinnitus (ringing in the ears) can be caused simply by earwax impaction. For some patients, gently removing earwax from the ears can offer relief from ringing, pain, and throbbing sensations. You can use the suggested tips listed above to remove impacted earwax or visit your doctor for guidance. If tinnitus is caused by earwax, you will find somewhat immediate relief after the wax is removed.

Related: Tinnitus diet: Foods to eat and to avoid for managing tinnitus