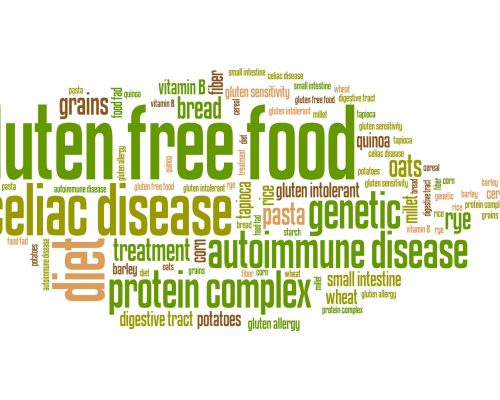 Celiac disease and Crohn’s disease both cause inflammation of the intestines, and although there are some overlapping symptoms each condition has its own unique disease course that requires a very specific form of treatment.

Distinguishing celiac disease and Crohn’s disease based on symptoms alone could be quite difficult. Additional testing is required for determining the exact diagnosis. What can make diagnosing even more challenging is that many Crohn’s disease patients will have celiac disease as well, so treatments must be combined in order to offer the patient relief.

Here we will outline the similarities and differences between celiac disease and Crohn’s disease, along with symptoms, causes, and treatment methods to help you better understand each unique disease.

Crohn’s disease, which is an inflammatory bowel disease (IBD), typically occurs in younger adults aged 15 to 30. Crohn’s disease is more common in areas further from the equator, with the highest rates of Crohn’s disease seen in Canada.

One in every 141 people in the U.S. has celiac disease, but many patients often go undiagnosed so the rate may be higher. The risk of a person developing celiac disease is higher if they have family members who had the disease. The condition is also commonly seen in type 1 diabetics, people with Down syndrome, Turner syndrome, autoimmune conditions, and collagenous colitis.

The total U.S. healthcare costs for untreated celiac disease are between $14.5 and $34.8 billion annually. 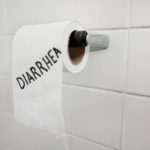 Genetically and symptomatically speaking, both Crohn’s disease and celiac disease have much in common, but it’s important to note that there are very important differences between the two as well.

Previous research found that celiac disease and Crohn’s disease share some of their genetic background. Researchers combined meta-analysis of genome-wide data for both diseases and found some shared risk loci.

Although some aspects of celiac disease and Crohn’s disease are understood, there are still many questions left unanswered. Researchers do know that genetic and environmental factors play a role in both diseases. Celiac disease is more common than Crohn’s disease, and although celiac is known to be triggered by gluten, less is known about the exact cause of Crohn’s disease.

It has been revealed that celiac patients are at a higher risk for Crohn’s disease, meaning the two conditions may share some genetic background.

Despite these advances, further research is still required to fully understand the exact mechanisms behind both diseases.

Symptoms of Crohn’s disease include diarrhea, fever, fatigue, abdominal pain and cramping, blood in stool, mouth sores, reduced appetite and weight loss, and perianal disease characterized by the drainage from the anus.

Both celiac disease and Crohn’s disease are autoimmune disorders, meaning the immune system attacks itself mistaking itself for a threat. In celiac disease, the immune system believes that gluten is a threat, so it attacks gluten upon ingesting thus causing the related symptoms. The cause of Crohn’s disease is still unclear, but it has been previously suggested that diet and stress may play a role.

It has also been speculated that bacteria may lead to Crohn’s disease, causing an abnormal immune response when the immune system attacks the digestive system and the intestines. Furthermore, Crohn’s disease has been found to be of higher prevalence within families, revealing a possible genetic link. 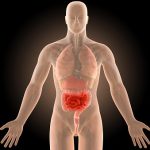 Although the exact cause of Crohn’s disease is unknown, there are notable risk factors that may increase one’s odds of developing the condition. Risk factors for Crohn’s disease include age (younger than 30 years), being Eastern European, having family history of Crohn’s disease, smoking, taking nonsteroidal anti-inflammatory medications, and living in an industrial country or northern climates.

Distinguishing between Crohn’s and celiac disease: Diagnosis and treatment

Crohn’s disease and celiac disease are diagnosed with a detailed medical and family history along with additional testing. For celiac disease, blood tests check the complete blood count, liver function, cholesterol levels, alkaline phosphatase, and serum albumin. A skin biopsy can also be taken for sample examination under the microscope.

If blood tests and a skin biopsy are inconclusive, then endoscopy or colonoscopy will be performed, and an internal biopsy from the intestines will be completed.

Because Crohn’s disease can mimic other conditions like infections, diverticulitis, and cancer, it’s important to rule out these other possible causes. Blood tests are ineffective in diagnosing Crohn’s disease, so an ultrasound, CT scan, MRI, colonoscopy, and internal biopsy may be conducted.

Celiac disease is far easier to treat than Crohn’s disease, because in the former as long as the patient doesn’t consume gluten symptoms will subside and no additional complications will occur.

Crohn’s disease, on the other hand, has a longer list of treatment methods because it does not have an exact cause to target. Treatment for Crohn’s disease may include corticosteroids, anti-inflammatory drugs, immunosuppressant agents, antibiotics, biologic agents, nutritional and dietary counseling, stress management, and, in severe Crohn’s disease cases, surgery to remove heavily affected areas of the intestines and colon. 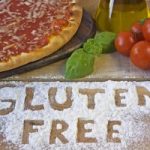 Living with Crohn’s disease comes with some dietary modifications as well. Some common foods to avoid with Crohn’s disease are beans, cabbage, broccoli, and raw fruits and juices. It is also advised that you consume six small meals as opposed to three large ones to aid in digestion. You may also wish to avoid dairy, high fiber foods, spicy foods, alcohol, and caffeine, which can worsen symptoms.

It’s also important to reduce stress and quit smoking, as both factors can aggravate the disease and contribute to symptom flares.

Because both celiac disease and Crohn’s disease are autoimmune diseases, prevention may not be foolproof, but controlling your modifiable risk factors as best as possible may be able to lower your risk of either disease.

Pneumonia risk higher in celiac disease patients not vaccinated against the infection: Study