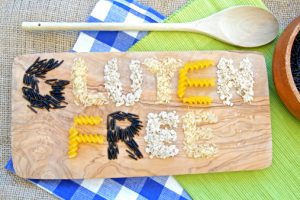 Celiac disease, classified as having gluten intolerance, has been linked to gut bacteria, new findings suggest. Researchers interested in celiac disease have often wondered why only two to five percent of the population develop intolerance to gluten. Both environmental and microorganism factors have been examined as potential causes. To further their research, investigators used humanized mouse models with gluten sensitivity and found gut microbiome plays an important role in the body’s response to gluten.

Lead investigator, Elena F. Verdu, said, “Importantly, our data argue that the recognized increase in celiac disease prevalence in the general population over the last 50 years could be driven, at least in part, by perturbations in intestinal microbial ecology. Specific microbiota-based therapies may aid in the prevention or treatment of celiac disease in subjects with moderate genetic risk.”

The gene DQ8 made the mice genetically susceptible to inflammatory responses from gluten. The responses in mice with DQ8 were compared to mice with different gut microorganisms.

What is known about celiac disease is proliferation and activation of intraepithelial lymphocytes (IEL) is a hallmark. In germ-free mice, gluten-induced IEL response led to an increase in cell death, along with changes to the villi (lining of the small intestine). Antibodies against gluten were also created in these mice.

In limited opportunistic mice gluten-induced pathogens were prevented. This was suppressed when clean specific-pathogen-free (SPF) mice received enteroadherent E.coli. Dr. Verdu added, “These studies demonstrate that perturbation of early microbial colonization in life and induction of dysbiosis (microbial imbalance inside the body), characterized by increased Proteobacteria, enhances the severity of gluten-induced responses in mice genetically predisposed to gluten sensitivity.”

It is estimated that nearly 83 percent of Americans are undiagnosed or misdiagnosed with celiac disease, yet only one percent of the population is affected. Celiac disease is intolerance to gluten – a protein found in many common grain and wheat products. Celiac disease can result in symptoms such as abdominal pain, bloating, constipation, diarrhea, nausea and vomiting.

The findings were published in The American Journal of Pathology.