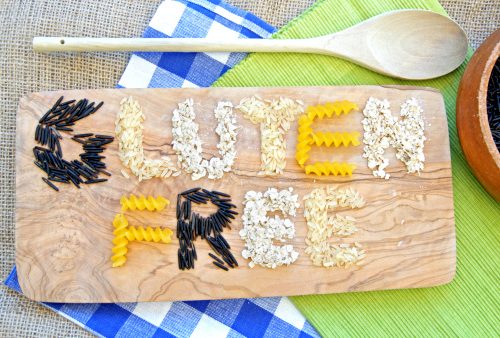 A new blood test will be able to better detect celiac disease – gluten allergy – than the traditional way of using the tissue in the small intestine. The findings come from the University of Oslo, Faculty of Medicine.

In celiac disease the immune system treats gluten as a virus or bacteria, and it causes inflammation as a response to protect itself. Tissues and enzymes are attacked, which can contribute to weight loss and malnutrition because the villi – small, finger-like protrusions on the intestinal wall that increase the surface area for food and nutrient absorption – get destroyed.

The current method for diagnosing celiac disease is consuming gluten and then taking blood and tissue samples from the small intestine. Even if you stopped consuming gluten you are advised to eat it again, which can lead to pain and discomfort. This procedure is quite invasive and unpleasant.

Tissue samples are taken with a gastroscopy, which is a tube inserted down the throat into the small intestine. In the past, a definite diagnosis could only be made with the tissue samples, but now researchers have found a much easier way to diagnosis celiac disease using a simply blood test.

Postdoctoral fellow Asbjørn Christophersen explained, “When the food that you eat enters the small intestine, it is reduced to tiny fractions and presented to the T cells on so-called HLA molecules. The HLA molecules present various elements of what you consume, as well as what is inside the cells. The task of the T cells is to monitor cells to see if they are infected by viruses or bacteria. In the case of celiac disease, the T cells think that gluten is a virus or bacteria. The T cells send a message to the other immune cells to attack not only the gluten protein itself, but also cells, and an enzyme that binds itself to gluten.”

When the new blood test becomes available you will be able to take it at your family doctor’s office, who will then send the blood samples to a lab for examination. At the lab a substance will be added to the blood sample in order to detect HLA molecules and gluten.

Christophersen added, “When we allow blood cells to flow through a magnetic column, the cells that react to gluten remain suspended in the column while all the other cells flow through it. We observe that celiacs have a much higher number of gluten-reactive T cells in their blood than non-celiacs. The level is more or less independent of how much gluten they eat.”

This new blood test will allow for earlier, and easier, diagnosis of celiac disease. Additionally, it allows you to avoid consuming gluten prior to the test, and thus you can avoid further pain and discomfort.