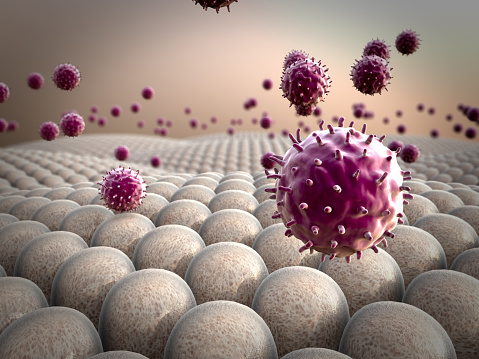 It is very likely that when you were a child, you had chickenpox, a mostly benign condition that despite making you extremely itchy, required you to miss a week or two of school. While most parents would think their children are safe from the infection after its resolved, what they don’t realize is that it may show up later in life in a painful form called shingles.

A constant feature of shingles is neuralgia—intense pain affecting mainly the nerves of the chest and neck, the trigeminal nerve in the fact, and the lower back. New research out of the University of São Paulo (USP) has discovered why shingles patients feel pain, which lays the foundation for treating the condition.

Shingles occur due to the exact same virus that causes chickenpox (Varicella zoster virus) and can occur despite having chicken pox as a kid. This infection is a reactivation of the varicella-zoster virus within the body that stayed dormant in the dorsal root ganglion—kept at bay by the immune system.

However, if the immune system were to become compromised due to aging, immunosuppressive therapy, or even psychosocial stress, the varicella-zoster virus may become reactivated.

While shingles do cause a rash characterized by blistering and inflammation, similar in fashion to childhood chickenpox, it does so in a dermatomal distribution.

Shingles will only appear in a specific linear or belt-like region of the body (classified as dermatomes) that never crosses the midline, typically seen around the midsections of the abdomen or torso, but can appear on the face, eyes, or other parts of the body.

These blisters can become very painful, eventually scabbing over and possibly leaving a scar and discoloration. The pain affecting shingles patients is referred to as herpetic neuralgia.


“Treatment for herpetic neuralgia is currently based on anti-inflammatory corticosteroids, which eliminate the symptoms but can impair control of the infection because they’re immunosuppressants. Some of our findings suggest that therapies capable of blocking the action of an inflammatory mediator called tumor necrosis factor (TNF) that could act more selectively and so might be more efficacious,” said Thiago Cunha, a professor at USP’s Ribeirão Preto Medical School (FMRP) and co-author of the article.

After much testing, the researchers believe that several types of immune cells involved in the inflammatory process are attracted to the nerve tissue and begin to release inflammatory mediators called cytokines. This is done by the body in an attempt to eliminate the pathogen.

One particular reaction of TNF (tumor necrosis factor) was of interest to the researchers. They saw that certain inflammatory actions led to the buildup of potassium around the neuron, making it more excitable than it should be.

Mice involved in the study began displaying discomfort when applying pressure against their paw. This is very much similar to what is seen in those with herpetic neuralgia. When the mice were given an antibody that blocked TNF, symptoms seemed to disappear.

The researchers believe that that have found a viable treatment method for herpetic neuralgia and have tested drugs currently on the market that target TNF. However, more testing will be needed before a more commercially available product falls into the hands of shingle sufferers.

Related: What is shingles and why you may be at risk

Shingles vs. eczema, differences in symptoms, causes, and treatments
Shingles vaccine may remain effective after chemotherapy in the elderly