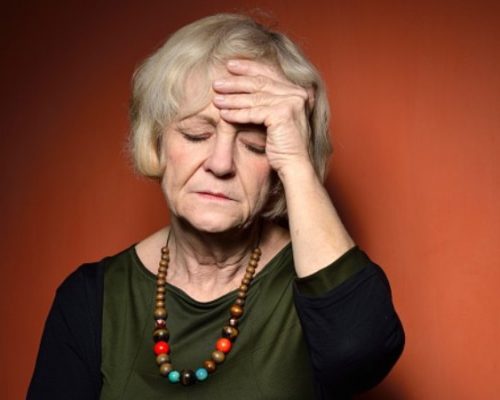 There are several causes of low energy including poor sleep, medical conditions, poor nutrition, lack of physical exercise, and stress. But research suggests that for some, low energy and constant fatigue may stem from your genetic make-up.

There’s a huge difference between occasional tiredness and chronic tiredness. When tiredness is chronic, you may have difficulties performing even the simplest of tasks. Day-to-day life can become a challenge, and even getting out of bed can be daunting. If you feel like this, then you may have a condition known as chronic fatigue syndrome (CFS). Unfortunately, we don’t know much about the condition, so treatment options are limited.

The bigger struggle is that there is no standard definition for this syndrome. For example, in the U.S. and Australia, they use the term chronic fatigue syndrome, but in Europe and Canada, it is referred to as myalgic encephalomyelitis (ME). Other parts of the world use the acronym CFS/ME in order to include both names.

The Heath Office of Disease Prevention defines CFS/ME as “a complex, multifaceted disorder characterized by extreme fatigue and a host of other symptoms that can worsen after physical or mental activity, but do not improve with rest.”

The condition affects roughly one million Americans, and women are more likely to suffer from CFS/ME than men. The problem is there could be way more people who are living with CFS/ME, but because there are no standardized tests to diagnose it, many of them are left undiagnosed.

It is challenging to pinpoint CFS/ME, as some doctors believe it stems from the nervous system, while others think it is a metabolic condition. Some have suggested that CFS/ME is a psychological or physiological condition. The real issue is that there is no laboratory test that can reveal a specific variant, change, or difference in the body that can narrow in on the syndrome.

Additionally, patients are often left helpless, as there are no current FDA-approved treatments for CFS/ME. On the other hand, there are some promising trials underway that may restore hope to patients.


New theories on the root cause of CFS/ME

Recent theories regarding the root cause of CFS/ME suggest that there are both metabolic and physiological shifts. These theories suggest that patients’ metabolism of sugars and amino acids become compromised, which is what causes the physical effects of the condition.

There is also a large focus on the function of the pyruvate dehydrogenase (PDH), which is critical for the movement of carbohydrates into the cell mitochondria. In some patients with CFS/ME, there seems to be a dysfunction of PDH. Furthermore, they have high blood levels of certain blood enzymes that deactivate PDH.

In a small study, patients with CFS/ME were given a drug commonly used for rheumatoid arthritis and lymphoma. This was a monoclonal antibody drug, and the patients seemed to experience improvement in their symptoms. This may end up being a viable treatment for patients, but further research is required.

Until more studies are done, it seems patients are out of luck. Regardless, if you suspect that your low energy and fatigue is something more serious, you should always see your doctor for a diagnosis.