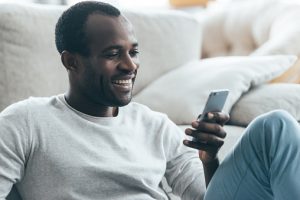 A small study revealed that those who spend long hours on their smartphone might be increasing their risk of carpal tunnel syndrome (CTS). CTS has long been associated with prolonged computer use and is a painful wrist and hand disorder. The researchers found that individuals who use handheld devices like smartphones are more likely to experience carpal tunnel symptoms including hand and wrist pain.

The link between carpal tunnel syndrome and smartphone use

Although the researchers uncovered an association between smartphone use and CTS symptoms, they cannot conclude if it is a result of heavy smartphones. Additionally, some experts believe that the study participants’ use of smartphones isn’t common among the general population.

The carpal tunnel is located at the base of the hand and is a narrow and hard pathway of bone and ligaments. The carpal tunnel contains tendons that enable the fingers to bend. It also contains the median nerve that runs from the forearm to the palm and provides feeling to some fingers.

The causes and symptoms of carpal tunnel syndrome

When there is pressure on the median nerve, it can contribute to carpal tunnel syndrome. This can occur through repetitive motion or forceful or awkward hand movements. CTS is often a result of typing and computer use, and it can trigger numbness, tingling, and weakened hand grip.

For the current study, White and his team followed up with their previous investigation, which involved 500 university students in Hong Kong. The team classified students as either intensive handheld device users or non-intensive users. These devices included smartphones, tablets, or gaming consoles.

Fifty-four percent of the participants in the intensive use group experienced musculoskeletal pain or discomfort compared to 12 percent among the less-intensive users.
The recent study also more closely examined 48 participants from the original group of 500 university students. Half of the new group were intensive users, which meant they used a handheld device for over nine hours a day.

The participants answered questions based on their handheld device usage, and also reported any pain or discomfort experienced in the neck, wrist, hand, back, or elbow regions. Moreover, the researchers conducted ultrasounds and medical examinations on the wrist area of the participants.
Muscle pain was found to be more common among the intensive users. These participants reported significantly more discomfort in their wrists and hands than the less-intensive users. The longer the use of the handheld device, the more intense the pain and discomfort became in the wrist and hand.

How to prevent carpal tunnel syndrome

The reason why a handheld device may trigger carpal tunnel syndrome is that it involves repetitive movements, which can lead to the enlargement and flattening of the median nerve. To reduce the risk of this occurring the researchers suggest keeping the wrist as straight as possible.

White explained, “One should try to minimize repetitive movements of one’s fingers and thumb when using hand-held electronic devices, especially for single-hand use. It is also important to take regular rest periods, so as to avoid continuous intensive use, so as to allow recovery time and to prevent prolonged stress.”

The individuals in the intensive use group could be considered extreme cases, as the average person isn’t using a handheld device for nine hours or more a day. But, the study does raise awareness about the potential risk that smartphones and other handheld devices may pose.

As electronic devices become more and more popular among all age groups, it is quite possible that we may begin to see more cases of CTS resulting from the use of these devices. It’s always important that you limit your use of any electronic device, even computers, as they can lead to pain and discomfort.

Carpal tunnel syndrome on the rise due to obesity