Home » Brain Function » Memory » Can You Really Erase Memories From Your Brain? 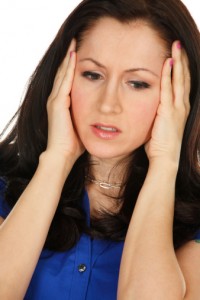 If you’re like most people you probably have a few memories that you would like to have erased from your brain.  Up until now you may have thought that all of your memories were imprinted in your brain and were with you for life, but new research suggests that this may not be the case.  Scientists are beginning to see that memories change every time that you think about them.

The more that scientists learn about memories and how they are stored and recalled, the closer they are to discovering ways that these memories can be altered for the better.  This may, one day, be able to improve brain health in individuals who are suffering from post-traumatic stress disorder (PTSD) and other mental health conditions and may also help to alter destructive, unhealthy behaviour, including addictions.

Research on Brain Health and Memories

Karim Nader, a researcher from McGill University, studies rat brain function including erasing memories.  He creates a traumatic memory in the rats by putting them in an insolation cubicle, playing a tone and then delivering a small electrical shock to their feet.  After creating the initial traumatic memory, the rat associates the tone with an unpleasant experience. After this initial traumatic experience, when the rat hears the tone it freezes, showing fear.  The next step in Nader’s experiment involved placing the rat back in the isolation chamber and playing the tone which brings the traumatic memory back.  Nader then experiments with drugs that are responsible for blocking chemical processes that are responsible for restoring memories, which is a normal brain function.  This allows the old traumatic memory to be replaced by the new memory of the tone with no electrical shock.  The rat is then placed back in the isolation cubicle where the tone is once again played.  The rat no longer has a reaction of fear to the sound as his traumatic memory seems to have been replaced by a new one.


What This Means for Research on People’s Memories

Understanding all of the chemical processes that are part of normal brain function, including the chemical processes involved in memory is important for understanding new treatment options that may be beneficial for individuals suffering from bad memories.  There are many diseases that negatively affect brain function and diminish brain health.  These disorders include: dementia, Alzheimer’s disease, schizophrenia and PTSD, among others.  Nader believes that memory disruption; similar to what was shown in his recent research, may help to treat various mental health disorders.

The findings from Karim Nader’s research are supported by research conducted by Thomas Agren, who is a doctoral candidate at Uppsala University.  Agren found that it was possible to erase newly formed memories from the human brain. Participants were shown a neutral picture and were given an electrical shock as they viewed it. Similar to the traumatic memory formed in the rats in Nader’s research, the human subjects in Agren’s research formed a traumatic memory that was associated with the neutral picture. In an effort to elicit this traumatic memory, the neutral picture was again shown to the participant, this time without the shock.  The researchers used an experimental group where the reconsolidation process of the traumatic memory was disturbed as the picture was repeatedly shown to the participant.  In the control group, the reconsolidation process was not disturbed.   The fear that was previously associated with the neutral picture dissipated in individuals that were in the experimental group. The researchers determined that if the memory reconsolidation process is disturbed, the memory becomes neutral.

Additionally, the researchers used magnetic resonance (MR) scanning to show that traces of the traumatic memory also disappear from the amygdala (the part of the brain that stores memories).  Similarly to Nader, the researchers from Uppsala University concluded that their findings may lead to improved treatment options for patients suffering from mental health conditions.

Related Reading: The surprising thing that increases your risk of heart attack