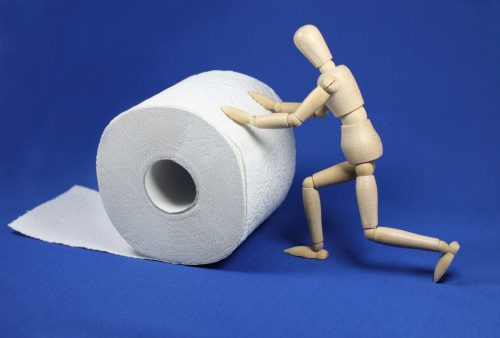 It is an embarrassing problem that most people would rather not talk about. But with a new study from the University of East Anglia there may now be a new way to avoid the embarrassment. Or at least there is some hope in the distress associated with stomach problems, in particular, diarrhea. The recent study was published earlier in June in the journal Evolutionary Applications, and has essentially found a way to properly notice the difference between the parasites that causes the intestinal distress in humans, which can lead to a greater sense of awareness.

What This Study of Embarrassing Stomach Problems Means

One of the lead authors of the study Dr. Kevin Tyler from the Norwich Medical School says, “Being able to discriminate quickly between the two species means it is easier to spot an outbreak as it develops, trace the original source, and take appropriate urgent action to prevent further spread.” This information about gut and stomach problems like diarrhea become very important as the awareness of the differences between the types of outbreaks which can allow for more targetted research into the initial point of contact.

Dr. Tyler continues, “Our discovery is an important advance in developing new simple and reliable tests for identifying these two species of parasite. This is the first step in discriminating outbreaks from sporadic cases, local strains from exotic ones, and tracing the source of outbreaks to an individual water supply, swimming pool or farm.”

Symptoms that involve the gut, and in particular, diarrhea are difficult to ignore, and can often come on without any sort of warning. These symptoms include:


Sudden Onset of Embarrassing Stomach and Gut Problems Like Diarrhea

Sudden onset of diarrhea can be caused by any sort of contact with the known parasites. For the most part the parasites that cause diarrhea are waterbourne and easily absorbed into the system of the individual. It is for this reason that getting in contact with the contaminant is the easiest way to get diarrhea. Many will become infected by drinking water that hasn’t been properly treated, eating food that could be harboring the parasite, or spending time in known breeding grounds for the parasite such as on a farm.

Many experts say when it comes to the prevention of gut issues like diarrhea, hand washing and general good hygiene are very important. The results of the study, do show some promise in terms of narrowing the location of the parasite culprits so that avoidance becomes the better option that treatment of the eventual symptoms after contact.