Home » Pain Management » Pain Relief » Should We Take Antibiotics for Back Pain? 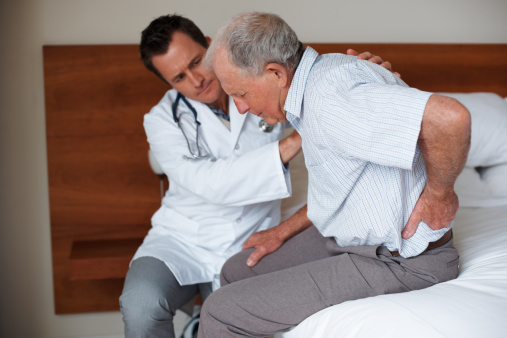 Back pain is the number one cause of disability in America, and about 1 in 5 Americans struggle with chronic or reoccurring back pain. Back pain is not only the second leading cause of missed work days, it is also the fifth leading cause of hospitalization and the third most common reason to undergo costly surgery. It is no wonder that sufferers are on the lookout for less-evasive alternative treatment methods. A new study published in the European Spine Journal is now suggesting that a large proportion of back pain victims are actually suffering from a bacterial infection, which can be cured with antibiotics.

Antibiotic Treatment for Back Pain

Prior to this study, Denmark researchers conducted a separate investigation in which they analyzed the tissue from patients who had a herniated disc (commonly referred as slipped discs). The researchers found that many of the slipped disc patients tested positive for a type of bacteria that is associated with acne, called Propionibacterium acne.  The researchers hypothesized that the increased blood flow which occurs following a slipped disc draws bacteria to the injury site which can then cause inflammation and lead to modic changes (inflammatory swelling within the vertebrae). This revelation prompted the Denmark researchers to conduct a study to determine if eliminating the bacteria could also eliminate the back pain.

The study, which took place at the Spine Centre of Southern Denmark, was conducted on 162 patients with chronic lower back pain following a slipped disc – all of whom also had Modic changes. For 100 days, the participants of the study were either given antibiotics or a placebo. The results show the group who had been given the antibiotics reported a significant reduction in pain as well as fewer missed work days.  The reported improvements continued and were still noted at the one year follow-up exam.

This is Not a Cure for Back Pain

Although these results are encouraging, Canadian spinal-cord injury specialists warn that the study has its limitations and the results are far from conclusive. “The authors in this study have not used the current standard of diagnostic investigations for establishing that they do, in fact, have a bunch of patients whose pain is coming exclusively from a disc ,” states Paul Bishop, MD and researcher at ICORD. In addition, the study failed to exclude patients with other potential pain generators, such as arthritis. Also, the relief found from taking the antibiotics may have come from other effects of antibiotics, such as their ability to reduce inflammation, and have little to with the bacteria killing properties.

Mark Frobb, a physician at the Chronic Back Pain Clinic in Surrey, B.C., adds that there are numerous causes of chronic lower back pain, “and no one treatment will address them all.” Also, antibiotics have not yet been put head-to-head with other lower back pain treatments such as corticosteroid injections and “Until they’re put head to head in controlled trials,” Frobb says, “I think that it would be inappropriate to say that we’ve discovered the panacea for lower back pain.”

Related reading: Dealing With your Chronic Back Pain

Until further research is done to determine if antibiotics are in fact the most effective treatment method for certain causes of back pain, and to isolate which causes of lower back pain would benefit from antibiotic therapy, doctors caution the use of antibiotics for back pain. Antibiotics can also fight off the beneficial bacteria in the gut, and long-term use can lead to a number of negative health effects including lowered immunity, poor digestion and even mental health disorders such as depression. Antibiotic use can also lead to the growth of antibiotic resistant bacteria, which can be life threatening. If conventional methods of treatment have not been working for you or they are too costly, there are alternative treatment methods that may benefit you. Consider taking a three pronged treatment approach—see a chiropractor, acupuncturist or massage therapist, consume an anti-inflammatory diet and take an anti-inflammatory supplement daily.