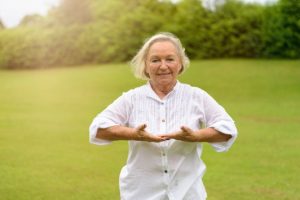 Researchers found that the rhythm of breathing creates electrical activity in the human brain that enhances emotional judgment and memory recall. In the study, participants were able to detect the fear in one’s face quicker when they were breathing in, as opposed to breathing out.

Lead author Christina Zelano explained, “One of the major findings in this study is that there is a dramatic difference in brain activity in the amygdala and hippocampus during inhalation, compared with exhalation. When you breathe in, we discovered you are stimulating neurons in the olfactory cortex, amygdala, and hippocampus, all across the limbic system.”

The researchers studied seven participants with epilepsy who were scheduled for brain surgery. A week before surgery, the patients received electrode implants in their brains to identify the origin of seizures. The researchers measured electrical signals as the participants’ brain activity fluctuated depending on their breathing. The researchers found that activity occurred in the areas of the brain controlling emotions, memory, and smells.

The amygdala is strongly linked to emotional processing, so the researchers made 60 participants make rapid decisions about emotional expression while their breathing was being recorded. The participants were presented with facial images of either fear or surprise.
When the patients were inhaling, they could spot a fearful expression much quicker than when they were exhaling, but the same effect was not seen in the surprised facial images.

Zelano added, “If you are in a panic state, your breathing rhythm becomes faster. As a result, you’ll spend proportionally more time inhaling than when in a calm state. Thus, our body’s innate response to fear with faster breathing could have a positive impact on brain function and result in faster response times to dangerous stimuli in the environment.”

The findings suggest that rapid breathing can offer benefits when a person is in a dangerous situation.

Waiting to exhale: Breathing exercises for anxiety, asthma and more