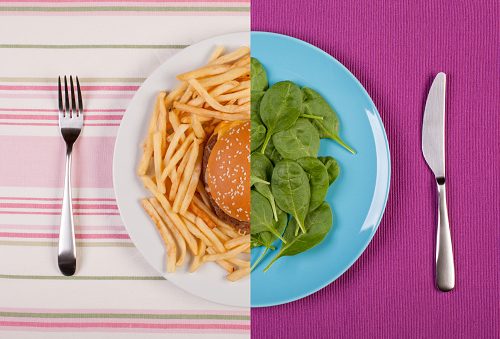 A new study from the University of Sydney has found that breaking the cycle of junk food may be just as easy as falling into it. Researchers set out to examine how food cues, like billboards or commercials, impact the decision-making process when choosing our next meal, and whether they can be manipulated to change our eating habits.

To conduct this study, assistant professor Laura Corbit and her team used rats to test a variety of responses to different foods and food cues. In environments where high-fat and high sugar treats were consistently consumed, a habit was formed and the rats lost the ability to make conscious decisions about their food based on nutrition.

Volitional control, in comparison to habitual control, was examined in the rats by exposing them either to a junk food environment or a bland chow environment, meaning that they were either surrounded by fatty, sugary-filled foods or their usual rat food. The rats were trained to associate one environment with junk food and another with their chow, then placed in a third environment where they pushed a lever to either receive sugar water or chow pellets.

If this habitual behavior translates to humans, it may mean that a simple cue—such as a reminder about the nutritional value of your food choices—may be all it takes to pull you out of the junk food cycle, breaking the habit-based decision model. Interrupting the food cues found in our environments may also be able to break these habits and help to fight obesity and metabolic disease by steering individuals towards making informed food choices rather than habitual ones.

Related: Side effects of junk food

Is junk food to blame for rising obesity?