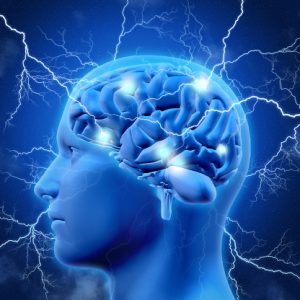 It is only natural that we start to get slower in our old age, as our brains need more time to process and interpret information. We try our best to keep our minds stimulated by playing games and staying active. The concept of increasing working memory is not something new and was designed to help those who want to maintain their mental acuity. Working memory is the amount of information you can hold and manipulate in the mind at one time and is something that brain training activities designed for the elderly revolve around. New research suggests that if direct brain stimulation were to be combined with brain training activities, it could boost overall performance.

We all have our own method for staying mentally active. Whether you prefer bicycling or just doing crossword puzzles, activities such as these help promote blood flow to the brain and delay the onset of dementia. However, according to research at Sandia National Laboratories, non-abrasive brain stimulation can lead to cognitive improvement under certain conditions. This may help improve working memory or cognitive strategies faster and more efficiently.

“The idea for why brain stimulation might work when training falls short is because you’re directly influencing brain plasticity in the regions that are relevant to working memory task performance. If you’re improving connectivity in a brain region involved in working memory, then you should get transfer to other tasks to the extent that they rely on that same brain region, whereas when you’re having people do tasks in the absence of brain stimulation, it’s not clear if you’re getting this general improvement in working memory brain areas. You might be getting very selective, task kind of improvements,” said Mike Trumbo, a Sandia National Laboratories cognitive scientist.

The brain stimulation study used more than 70 volunteer participants divided into six groups, with researchers using different combinations of working memory training with transcranial direct current stimulation and assessing their performance on working memory tests and tests of problem-solving ability. The transcranial direct current stimulation (tDCS) unit delivers a weak constant current through the skull to the brain tissue. The sensation is described as feeling like a mild tingle or heat for a few minutes. The researcher believes that this device will make the neurons in the brain tissue more likely to fire, speeding up the formation of neuronal connections.

Verbal or spatial memory training games were played by the volunteers for 30 minutes while receiving stimulation to the right or left forehead. The electrodes were placed in positions thought to control the various functions being tested. The right hemisphere of the brain is thought to involve spatial tasks, while the left hemisphere is involved in verbal tasks. The researchers hypothesized that those with brain stimulation on the corresponding hemisphere would excel at games designed to test that action.
They found that those with electrodes on the right hemisphere did do better at spatial tests but not verbal or reasoning tests. The left hemisphere stimulated group was seen to also do better during verbal tests but not spatial ones. However, surprisingly, the group receiving right hemisphere stimulation were seen to do better at trained tasks, as remembering strings of letters, or sequences of boxes improved. Results on reasoning tests also improved in this group.

“This could benefit many mission areas at Sandia where people must learn complex tools and systems. Reducing training time and improving cognitive performance would have substantial benefits to overall system performance,” said Laura Matzen, a cognitive scientist and co-author of the study.

While research using transcranial direct current stimulation to improve cognitive performance is relatively new, the researchers stress that it may produce mixed results and that more research is needed to understand the technology and its interaction with the human brain.